Lamar Odom has woken up after four days in a coma.

E! Online reports that Odom, 35, is conscious and speaking for the first time since he slipped into a coma, and a source close to the family told PEOPLE on Friday that Odom did open his eyes.

“There has been some improvement,” added the source.

Sources told previously PEOPLE on Thursday that the former NBA player, who was was found unconscious at a Nevada brothel on Tuesday, was breathing with the help of a ventilator at Sunrise Hospital in Las Vegas.

Odom had cocaine and opiates in his system when he was admitted for emergency treatment on Tuesday, a source also confirmed to PEOPLE.

Odom’s estranged wife Khloé Kardashian and the rest of her family – with the exception of Rob Kardashian – all rushed to be by Odom’s side in Las Vegas upon hearing the news.

An “overwhelmed” Kardashian has been in charge of Odom’s medical care as the two are still legally married despite having split two years ago.

Kardashian’s family members have put out messages of support on social media since Tuesday, with Kris calling him “our fighter” and Kourtney praying for his “beautiful soul.” 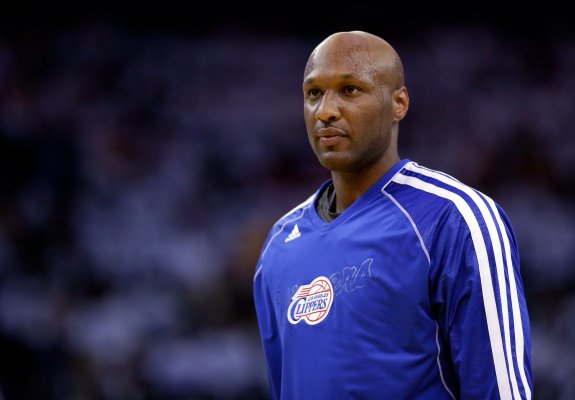