Scott Kelly waves from a bus during a sending-off ceremony in the Russian-leased Baikonur cosmodrome late on March 27, 2015.
Kirill Kudrayavtsev—AFP/Getty Images
By Denver Nicks

U.S. astronaut Scott Kelly has set a new record for the most days spent in space by an American, marking October 16 as his 383rd day spent off Earth.

Kelly has been living aboard the International Space Station, where he conducts scientific experiments and uses social media to document life aboard the craft. He has also provided some of the most dramatic views of space from his extraterrestrial vantage point. TIME is producing a series of documentary films, titled A Year in Space, about his time aboard the space station, which can be viewed on a special site devoted to the yearlong mission.

By the end of his one-year mission, Kelly is set to have lived for a total 522 total days in space over the course of four missions. That won’t be enough to topple the worldwide record holder for most cumulative days spent in space, held by Russian cosmonaut Sergei Krikalev for his 803 days over six missions. Lopez-Alegria’s 215 days spent on a single mission also comes up short of Russian cosmonaut Valery Polyakov, who spent 483 days in a row in space, more than any other human. 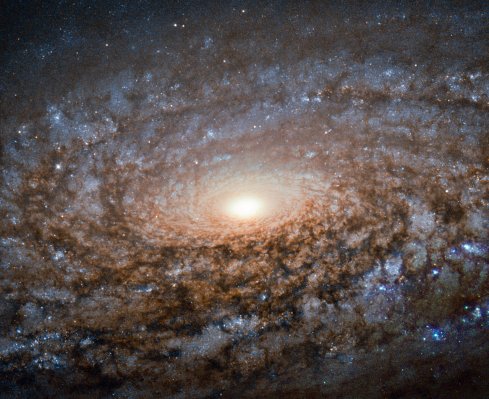 Why a Mysterious Star Does Not Mean Life in Space
Next Up: Editor's Pick