Over two decades after Aladdin premiered, one of the movie’s most popular fan theories has been given the official stamp of approval.

Ron Clements and John Musker, the directors of Aladdin, Hercules and The Little Mermaid, confirmed to E! News that the Peddler in the the movie, who opens the film with his famous “Welcome to Agrabah” monologue, is actually the Genie.

“I saw something that speculates that the peddler at the beginning of Aladdin is the Genie. That’s true!” Clements told E!. “That was the whole intention, originally. We even had that at the end of the movie, where he would reveal himself to be the Genie, and of course Robin did the voice of the peddler. Just through story changes and some editing, we lost the reveal at the end. So, that’s an urban legend that actually is true.”

It’s not often that fans have their far-flung theories confirmed, so this one—based on how both the Genie and the peddler have four fingers and Robin Williams’ voice—was definitely a victory for diehard Aladdin watchers.

The directing pair also shot down a few rumors: that Aladdin was set in a post-apocalyptic future, that Ariel in The Little Mermaid explored the wreckage from Elsa and Anna’s parents shipwreck in Frozen, and that Hercules witnessed Aladdin and Jasmine’s magic carpet ride from afar. 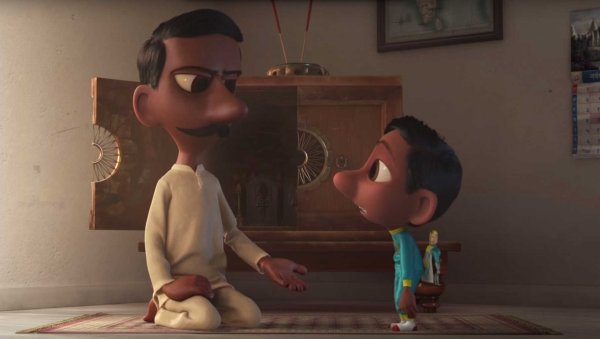