How to Talk to Your Kids About Death

Talking about death with anyone is unpleasant; talking about it with someone who starts the conversation with “What does ‘dead’ mean?” isn’t just heartbreaking — it’s confounding. But, according to Jill Macfarlane, the best way forward if you need to explain the death of a loved one or a pet to your kid, is to do the one thing every fiber of your protective nature might want to avoid: “Be honest, clear, and concise.”

Macfarlane is the development director at Salt Lake City’s The Sharing Place, a nonprofit devoted to helping kids between the ages of 3 and 18 understand death and grieve productively. She’s dealt with kids losing parents, siblings and friends from disease, suicide, murder, and while they all handle the process differently, the basics how she handles them go like this …

Explain What Death Is

If your kid has yet to learn the concept of death, repeat after Sharing Place counselors, who all define it with the same words: “Dead means your body doesn’t work anymore. You can’t speak, eat, breathe, think, or feel, and your body will always stay dead.”

Macfarlane suggests that you don’t wait for someone to die before getting this part out of the way. “Everything that lives dies,” she says, which means you can introduce the concept with a mosquito (which totally had it coming) or even those houseplants that you forgot to water. Toddlers and preschoolers often need these words repeated to learn, so you may need a few mosquitos.

You’ll lose your kid in 5 seconds if you try to fluff the bad news about Grandpa with existential embellishments, so get to the heart of the matter — just do it with heart. “We really feel like it’s important for kids to understand (A) What death means, and (B) what caused the death to happen,” says Macfarlane. Presenting facts will keep their mind from running rampant with speculation that makes a difficult situation even worse.

Not beating around the bush is still key, even if the truth is particularly gruesome or scary — you just need to follow your kid’s lead. “Kids don’t need to know all of the details right there on their very first day, but when they’re ready to ask for the details, they will,” she says. “And that’s when they need to be answered honestly.” This could take minutes or it could take years; be prepared for minutes (even if you’re praying for years).

Don’t Play the “In A Better Place” Card

The Sharing Place supports everyone’s right to belief in the afterlife, but telling a kid their dead mother is “in a better place now” can backfire. “Kids are often offended by the notion of a better place,” Macfarlane says. “We hear it over and over again: ‘Mom is not in a better place. The best place for my mom is here with me.'”

Instead of focusing on where the deceased are now, direct their thoughts to a happy place represented by a memory about the deceased. Express positives about the impact and relationships the person had with the world. Most importantly, encourage your kid to talk about the death to vent and understand their emotions.

The Stages of Grief Don’t Apply

“The 5 Stages of Grief is a myth,” Macfarlane says. “The 5 Stages of Grief was written by Elizabeth Kubler Ross for the person dying, not the people left behind.” The biggest misconception about grief is that a person, whether child or adult, will experience predictable stages in consecutive order. In reality, the range of grief emotions is vast, erratic, and often counterintuitive, while some people skip certain emotions altogether. Two things you should be prepared for, however, are unexpected energy and “regrieving.”

Many young kids cannot yet recognize their overwhelming grief, so they channel it by bouncing off the walls. “Sometimes after a funeral, you hear, ‘The children were so inappropriate. They were laughing and running around,'” Macfarlane says. “It’s just how they process it.”

Regrieving can happen after a child develops in ways that allow them to suddenly contemplate the implications of the death more profoundly. It may take until middle school before a kid resents the intention behind a suicide, or puberty before a daughter misses Mom’s womanly insight. Periodic bad days are just part of life, so let your kid regrieve.

In a lot of schools, a kid graphically depicting the death of a loved one in art class is going to raise alarms. At The Sharing Place, it’s encouraged. Macfarlane knows that drawing and painting help kids express feelings that they can’t verbalize. When those feelings are too intense to be contained quietly, kids have access to a padded “volcano room” with wrestling dummies, where they can express rage by screaming, punching, and rolling around.

So, if your own kid is coming to terms with the loss of a loved one, invest in art supplies and maybe a few cheap mattresses. After all, who doesn’t want to punch death in the face sometimes?

For more from Jill Macfarlane on The Sharing Place, check out this podcast from her interview with This American Life. 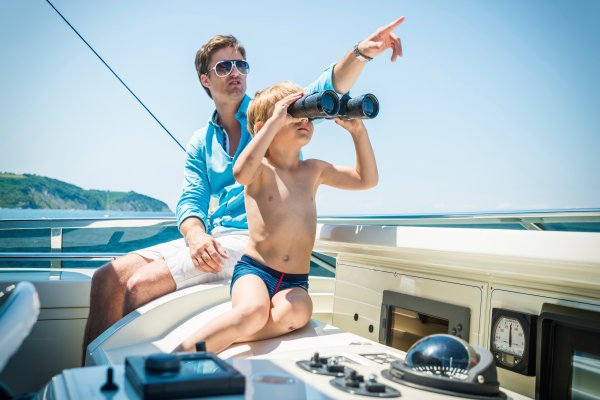 What Wealthy People Teach Their Children That Others Don't
Next Up: Editor's Pick