Plenty of serious topics — like love, loss, and friendship — have been given the Pixar treatment, but by the looks of a trailer for its upcoming short, Sanjay’s Super Team, the studio is heading into new territory.

In the first trailer for the short, viewers are introduced to Sanjay, a cartoon-loving kid, and his religious Hindu dad. When Sanjay’s father rings a bell to signify the start of morning prayers, Sanjay is less than eager to tear himself away from his beloved Saturday morning superhero cartoons, a premise which marks the first time the studio has explicity made religion the subject of a film. Helmed by first-time director Sanjay Patel (an animator on Monster’s Inc. and The Incredibles), the sneak-peek at the short also addresses the intergenerational differences in acculturation, all with a dose of Pixar’s signature gloss.

Sanjay will be shown in front of The Good Dinosaur, which opens in theaters Nov. 25. 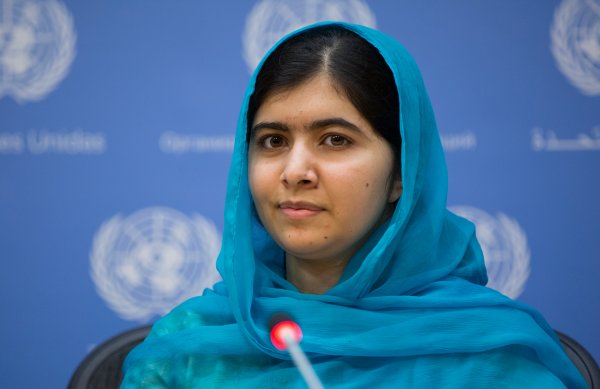 Behind the Making of He Named Me Malala: Exclusive Featurette
Next Up: Editor's Pick