A routine errand got rather inappropriate for customers who visited supermarket store Target in San Jose, California on Thursday, when audio from an adult film started playing over the PA system.

One mom, who was shopping with her 3-year-old twins, recorded the incident and shared the video with NBC.

Gina Young says when the audio started playing, her twins started crying and she asked herself, “What is going on at Target right now?”

In a Facebook post, Young details how other customers tried to help with her children and how Target employees responded.

“People offered to help me cover my twins ears. Others threw [their] stuff down and walked out. Employees were running around everywhere. Picking and hanging up phones, which worked … for about two minutes before it started up again.”

She adds, “People were screaming at employees, video taping, some laughing some disgusted. It was terribly awkward.”

According to NBC, the shopping center where the Target is located was hosting “mommy and me” day, making for huge crowds and a packed store when the audio started.

Another shopper, Bethany Curran, said that the audio – reportedly filled with racist and sexist language – continued in every aisle for about 15 minutes.

“I just kept looking around and seeing all these employees laughing, getting their phones out, not doing much,” Curran said.

A Target spokesperson tells PEOPLE in a statement that complaining customers received an apology and the incident is being investigated “to better understand what happened and to help ensure this doesn’t happen again.” 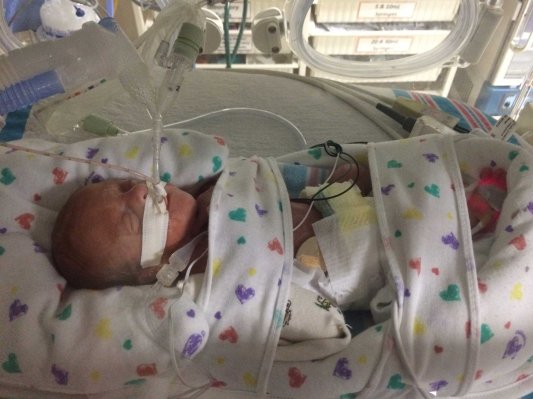 Family Strives to Save Premature Baby Born on Cruise Ship
Next Up: Editor's Pick