Tens of thousands of displaced migrants from Africa and the Middle East have made their way to Europe in recent months, undertaking journeys full of hardships over the Mediterranean Sea and even across European land borders.

Until a few days ago, those hardships didn’t include a fully-grown polar bear.

A video released Thursday by the Yorkshire Wildlife Park in the U.K. shows a group of migrants in Calais, France, rushing to the back of a truck bound for England stuck in traffic on the highway, only to find Nissan the polar bear — en route to the park from Russia’s Moscow Zoo — in a cage inside, CNN reported.

While some of the migrants fled on seeing Nissan (perhaps preferring to wait for a truck that didn’t contain a furry mauling machine), three men were brave enough to squeeze in beside him — only to be stopped and ejected by French police a few miles later. 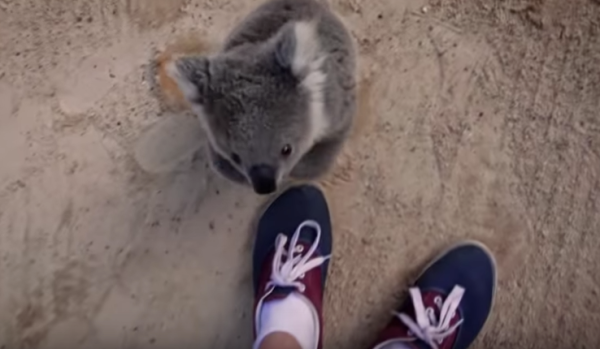 This Tiny Koala Gave the Best Surprise Hug to a Cameraman
Next Up: Editor's Pick