Venezuelan opposition leader Manuel Rosales, a former presidential candidate who ran against the late President Hugo Chávez in 2006, was arrested Thursday moments after returning from six years in self-imposed exile.

The former governor of the state of Zulia said he planned to take part in parliamentary elections scheduled for December, but he was detained before leaving the airport tarmac in the city of Maracaibo, the BBC reported.

Rosales is expected in court in the capital, Caracas, on corruption charges that stem from his time in office between 2000 and 2008. He fled Venezuela shortly after the allegations came to light, taking refuge in Peru on humanitarian grounds before moving to Panama. He maintains the charges are politically motivated.

Authorities warned Rosales of the arrest warrant, but he still announced his plan to return last week and then posted a picture of himself holding a boarding pass on Twitter shortly before departing.

Rosales is not the only political challenger to be arrested in Venezuela recently. Leopoldo Lopez was sentenced to nearly 14 years in prison last month after he was found guilty of inciting violence during deadly protests in 2014. 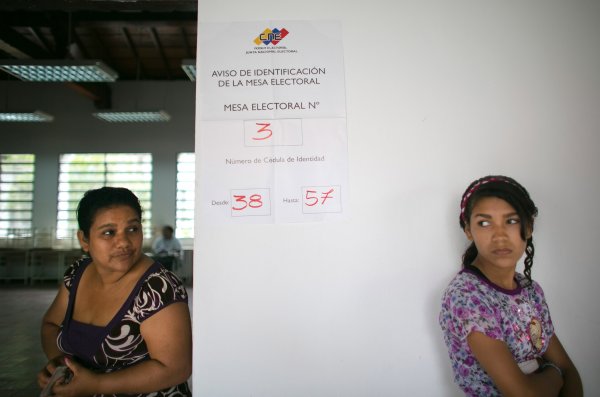 Socialists' Grip on Power in Venezuela Remains Strong
Next Up: Editor's Pick