How a Real-Life Marty McFly Would Have Imagined the Future

'Back To The Future Part II'
Universal Pictures
By Lily Rothman

According to the bold predictions made for Oct. 21, 2015, in Back to the Future, Part II, we were supposed to have flying cars, hover boards, self-lacing shoes, futuristic soda and Jaws 19 by now. It’s not a bad track record for a movie from 1989—especially since the most audacious call of all, the Chicago Cubs as World Series champs, is actually a possibility.

But Marty McFly wasn’t the only person in the mid-1980s wondering what the world would look like in 30 years. Real futurists were also looking ahead to 2015, too, and what they saw was enough to make even Biff Tannen nervous.

“There may be similarities between what [futurists] did and the imagination of the future in the movie,” says Zhan Li, a board director with the World Future Society, an organization that has brought together forward-looking experts since 1966. “You can extrapolate from what people are talking about in the present, and of course that happens all the time.”

Among the areas with the greatest overlap between the movie and real world predictions are gadgets and pop culture. In 1986, for example, Arthur C. Clarke was predicting that the 2019 multiplex would be full of sequels, and the actual future predictions from the mid-1980s were even heavier on personal interactions with robots than the movie. Plenty of other examples can be found on the Paleofuture blog, a collection of past images of the future.

But the Back to the Future team and actual futurists broke company on larger matters. Professional futurists, Li says, tend to focus less on the one-person-can-change-history viewpoint espoused by the movie as on system-wide structural shifts.

On his trip to the ’80s, Marty McFly encountered little of the Cold War dystopia that many real mid-’80s futurists obsessed about. The general consensus at the time, Li says, was that the Soviet Union had at least a few more decades to go before it would fall. “Along with that comes the fear of nuclear war and life on planet Earth ending,” he says. “A lot of alternative political future-thinking was trying to find a way out of that great conundrum, how do we prevent that terrible threat of an ultimate confrontation between the super powers. And a lot of thinking went into what happens if that does happen, if there is a serious nuclear war.”

Another major concern of mid-’80s futurists that doesn’t come up in the movie is environmental devastation, which was entering the mainstream consciousness at the time. “In that period there was this awareness of global warming but not the momentum,” Li says.

But even if Back to the Future, Part II‘s past vision of 2015 doesn’t really match up with the real 1985 vision of 2015, Li says he believes that professional futurists can learn from Hollywood. “Even though [a movie] is typically fictional and not often based on realistic assumptions, it’s often very powerful at engaging large audiences,” he says. “It’s easier to hook people with that than with professional futurist work.”

And getting people to pay attention to what’s coming is what that work is all about. It could even change the future—no DeLorean required.

Read TIME’s full 1989 review of Back to the Future, Part II, here in the TIME Vault: More Travels With Marty 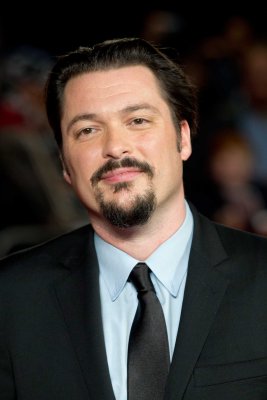 Truth's First-Time Director on Working With Cate Blanchett
Next Up: Editor's Pick