The Hidden Story of the Children Who Survived the Holocaust

What does it mean to say we “know” something?

In this age of ever-expanding expertise and all-consuming gossip, of unmediated Internet media, of Big Data and blithering viral opinions, it’s harder than ever to know what, and even if, we know. We spend our days dog-paddling in a stew of undifferentiated fact, fiction, and frank misinformation. Let’s not get all epistemological here, but never has “knowledge” been more suspect, and never has savvy come so cheaply; a few clicks and scrolls and we can all sound like scholars.

The trouble with “knowing” has been on my mind since I decided four years ago to write a book about the Holocaust—more precisely, to tell the story of three women, now in their seventies and eighties, who as children survived the Final Solution in hiding. A chance meeting at a Passover Seder with one of the women, Dr. Sophie Turner-Zaretsky, gave me an opportunity to overcome my guilt over knowing that I didn’t know enough about the Holocaust.

Oh, like most people, I “knew” about the Holocaust, Hitler’s Final Solution that murdered almost six million Jews. To a Jewish American child of the 1950s, a decade during which the Holocaust had not yet really registered, let alone been widely digested, it was an abstract catastrophe, like the threat of a nuclear war. Numerous Polish relatives of mine had been murdered by the Nazis, but they were unknown to me, geographically distant, and therefore difficult to mourn. After grisly footage of the liberation of the concentration camps appeared in the 1961 feature film Judgment at Nuremberg, at last revealing the unimaginable as real, the Holocaust was enshrined in most people’s consciousness without first having been grasped. And most of those who had actually experienced it weren’t talking.

Well into my middle years, the subject lurked on the periphery of my conscience, like a college assignment I had once failed to turn in. I no longer wanted to be one of those people who sort of “knows” about the Holocaust. Now, through Sophie, I had chance to redeem myself—and also help tell one of the least told stories about the Holocaust, that of the historically ignored hidden child survivors, our last living witnesses to it.

Between the ages of five and eleven, Sophie had hidden from the Nazis in plain sight as a Polish Catholic schoolgirl, while her mother, also posing as a Catholic, worked as a bookkeeper for a Nazi. So successful was the charade her mother had arranged that Sophie had no idea she had ever been a Jew until her mother informed of this now intolerable fact three years after the war. In order to tell Sophie’s incredible story, and the equally unimaginable stories of two other children who were among the barely 10 percent of European children to survive the Holocaust, I started interviewing them.

If you were to ask me what the most difficult interview was, I would say just about every one of them. The house of history is made of many materials, but it is the mortar of people’s memories, not the bricks of official records and documents, that gives it life and authenticity. (Without it, as Napoleon is said to have remarked, “history is the version of past events that people have decided to agree upon.”) Yet Such Good Girls: The Journey of the Holocaust’s Hidden Child Survivors was utterly dependent on the childhood memories of children who were traumatized, and now were being asked to recall in detail, for the first time in seventy years, what happened to them. The unreliability of memory poses problems under the best of circumstances; only by re-interviewing my book’s subjects several times did their stories begin to emerge coherently, and usually with the greatest reluctance. Silence, especially for the literally silenced child survivors of the Holocaust, had continued to be a primary coping mechanism. (Even in a family as relatively open as Sophie’s, what I came to know about Sophie’s past while writing my book was ten times more than her own grown children knew.)

The first interviews produced loosely arranged fragments; often, only when asked the same questions again and again did the women begin to painfully put their narratives together. One of the women, Flora Hogman, became so exasperated with my first attempts to tell her story, based entirely on her own recollections, that I had to plead with her to be patient, to stick with the process of her remembering and my efforts to do her past justice. Another woman, Sophie Turner-Zaretsky, cut off contact with me for months until she felt strong enough to continue our work. (Only after the book’s publication did she admit to how very depressed the ordeal of the book had made her.) I found myself in the position of telling the stories of women who didn’t want to tell their stories. With both of them, I appealed to their “responsibility” to their entire decimated generation of survivors. Only when the work was done, and the book published, did they feel reconciled to my intrusions. As Sophie said to me when I told her that a newspaper wished to reprint an excerpt of her story, “Well, I guess it’s too late to go back to hiding.”

In the end, what did I “know” about their childhoods? Only what they were able to remember, or had forgotten to forget.

However, as a writer and a human being, I had to grapple with a larger problem of “knowing.” I began the book with the expectation that I would come to “know” the Holocaust I had neglected. In addition to my deepening relationships with survivors, I read one book after another. But, alarmingly, each one left me more unable to comprehend what the Nazis had accomplished. The subject exceeded the limits of my moral repugnance and called on a degree of abstract sorrow and compassion I didn’t possess. Where those emotions were supposed to be, I felt a disturbing numbness.

When I shared my distress with friends, it turned out that this was a common experience among people who delved into the subject with any seriousness. I felt I had unwittingly joined a club whose members had struggled, and failed, to understand the most concentrated, organized, large-scale, and mechanized act of inhumanity in history. That the Final Solution mocked one’s efforts to understand it was no longer just a clever intellectual observation, but a deeply felt emotional reality. When a close friend of mine—a brilliantly well-informed, ravenously curious, and very competitive man—read the galleys for my book, he set out to educate himself about the Holocaust. A week later, he called me in despair, already defeated by the enormity of it, the scale of the inhumanity.

Naturally, all hidden child survivors—all survivors—of the Holocaust “know” about it in ways the rest of us were spared. But it’s also true that I now know a few things about it that the survivors in my book don’t know, and never want to.

Before writing Such Good Girls, I knew there was an elephant called the Holocaust in a room where I had never been. Now I’ve been in that room, and it was very dark, and I understand that for several years I was just running my hand over some small rough patch of everything there is to be known and felt and about it.

R. D. Rosen is the author of numerous books, including the Edgar Award-winning series of Harvey Blissberg mysteries, A Buffalo in the House, and Psychobabble, inspired by a word he coined back in the 1970s. His latest book is Such Good Girls: The Journey of the Holocaust’s Hidden Child Survivors. 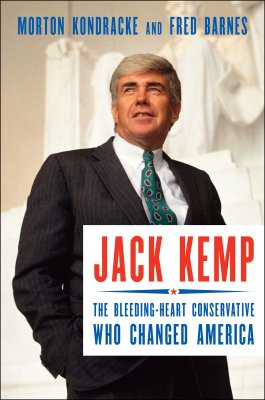 Republicans Have the Power to Stop Political Dysfunction
Next Up: Editor's Pick