Here's Why Walmart Shares Are Tanking

The world’s largest retailer spooked Wall Street Wednesday morning and endured its biggest stock drop in 15 years when it said it no longer expected sales growth for the current fiscal year. Wal-Mart also warned investors that big investments in beefing up its e-commerce efforts and giving its workers big raises would weigh on profits in the next two years.

Wal-Mart shares fell 10% on the day, wiping out nearly $20 billion in the company’s market value.

The retailer, which has previously expect modest sales growth for fiscal 2016 (which ends in early February), no longer expects any growth, hurt in particular by a strong U.S. dollar that will likely lower its top line by $15 billion.

What’s more CEO Doug McMillon, speaking on CNBC, also sounded less than ebullient about the upcoming holiday season, the most important time of year for the store, saying Wal-Mart would be “fine.” That, combined with poor overall U.S. retail sales, was too much for investors, and Wal-Mart’s stock got slammed.

After years of underinvestment in e-commerce, Wal-Mart has in the last five years been pouring billions into its digital firepower to compete with Amazon.com and stave off a resurgent Targe. Wal-Mart has made some progress on that front– its shopping app is now the third-most used in retail. Not bad, but not good enough for a retailer with nearly $500 billion in annual sales. And Amazon’s and Target’s e-commerce growth rates have been higher than Wal-Mart’s in recent quarters.

At its annual investor meeting, Wal-Mart CFO Charles Holley warned that further investments in e-commerce – $900 million next year, and $1.1 billion year the following year – would continue to pressure earnings, with relief still years away. The retailer is also spending billions on higher wages to motivate workers, attract talent and above all, improve in-store service.

Wal-Mart held out some goodies for investors, including a new $20 billion share buyback program, and a forecast that calls for annual sales to rise as much as $60 billion in the next three years, but that was clearly not enough to assuage Wall Street’s fears about its core retail business. 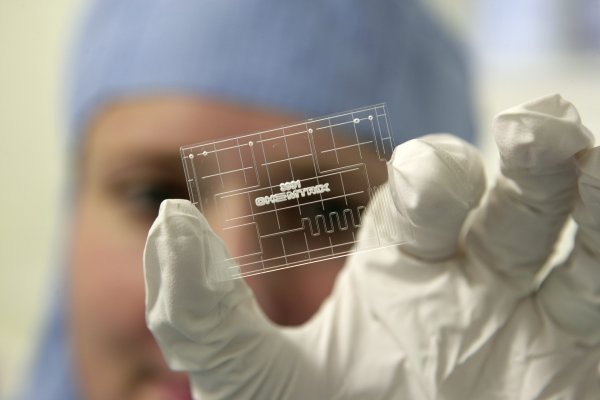 Here's Why Nobody's Talking About Nanotech Anymore
Next Up: Editor's Pick