Iran revealed a stocked underground missile base on state television Wednesday to warn enemies that the recent nuclear deal has not diminished the country’s military.

“Those who pin hope on options on the table, should only have a look at the Islamic Republic’s army options under the table,” said Brigadier General Amir Ali Hajizadeh, commander of the Islamic Republic’s Revolutionary Guards’ aerospace division, according to the Guardian. He seemed to be referring to countries like the United States which have said military options against Iran remain “on the table.”

Hajizadeh said Iran wouldn’t begin a conflict, but “if enemies make a mistake, missile bases will erupt like a volcano from the depth of earth.” 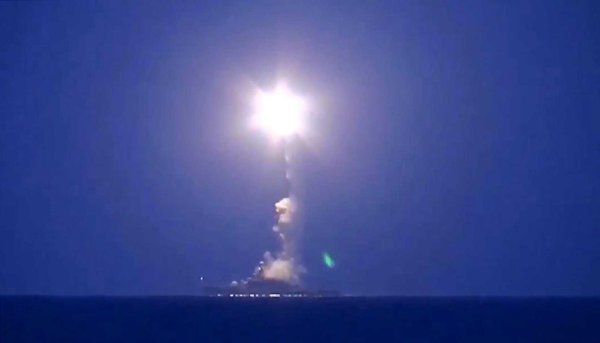 Russian Missiles Targeted at Syria Crashed in Iran
Next Up: Editor's Pick