History is necessarily personal: the annals of the centuries are nothing more than individual days sewn together, and those who keep the records use their own needle and thread. Two new books–Sarah Vowell’s Lafayette in the Somewhat United States and John Sedgwick’s War of Two–take the birth of the United States personally. The time is ripe. Broadway’s bio-musical Hamilton is one of the most talked-about cultural events of the year, and it’s not as though the question of what the framers meant in the Constitution has been resolved. The lessons of early America feel as relevant as ever.

Alexander Hamilton, Aaron Burr and the Marquis de Lafayette all fought in the American Revolution, but they experienced the era in very different ways. Hamilton was a rags-to-riches genius who would become the first Secretary of the Treasury; Burr was colonial elite who would serve as Thomas Jefferson’s Vice President–and kill Hamilton in a duel in 1804. Lafayette, meanwhile, was a Frenchman (and Hamilton pal) who defied his own country to fight for another’s freedom.

Vowell–who has made a name for herself as a history geek’s ideal road-trip buddy, best known for her work on This American Life–examines what Lafayette’s decision reveals about the U.S. then and now. Her true subject, however, is her own interest in the story, dating back to the heady days of freedom fries when, after France opposed military action in Iraq, some painted the nation as unwilling to help the American allies who had done so much for it in the past. She was intrigued by the contrast with the Francophile “Lafayette mania” that once swept the U.S. In the book’s most striking segment, while on her way to a re-enactment of the Battle of Brandywine, a British victory of 1777, Vowell meets a group of Quakers who chide her for writing yet another book about war. Vowell respects the point but disagrees. There are “plenty of straight-dope versions of the Revolutionary War in print,” she concedes, but none by Sarah Vowell, so this one will be different.

She takes an open and observant “Hey, that’s nuts” stance toward past and present, which results in a book that’s informative, funny and insightful. Through her technique of using “whatever’s lying around to paint pictures of the past,” as she puts it, her voice can serve as the link between modern America’s crumbling infrastructure and the failure of the Continental Congress to supply the troops with adequate provisions at Valley Forge–or between Bruce Springsteen’s creativity and the drive for independence that brought his beloved New Jersey into being. And anyway, we all make everything about ourselves. Lafayette and Hamilton and Burr did it too.

Sedgwick makes that point in his more conventional history–one with its own personal connection: Hamilton’s last letter was written to Sedgwick’s great-great-great-grandfather. He traces the parallel lives and long-standing enmities of Hamilton and Burr, from their childhoods through their fight to Burr’s eventual descent into disgrace and obscurity. The book takes its title from the etymology for duel, and the theme of dualism runs throughout. Though the steps that led up to their contest trace personal debts and political grudges and everything in between, the 18th century concept of honor is crucial to them all. Nobody took politics more personally than the men bound by that code.

If, like the Quakers, you object to seeing history as a series of wars between nations, or within them, it should be a twisted comfort to know that interpersonal quarrels on a one-on-one scale can change the world too. When they go badly, men like Hamilton are left dead and men like Burr wind up damaged shells of lost potential–and generations later, writers like Sedgwick are left to wonder why it had to be that way. But the ability to have those disagreements is, as Vowell shows, a privilege. It’s one of the ideals that drew Lafayette from across the sea, the flexibility that keeps a nation bending rather than breaking. Fighting about our differences may still be history’s bug, but seeing things your own way is a feature. 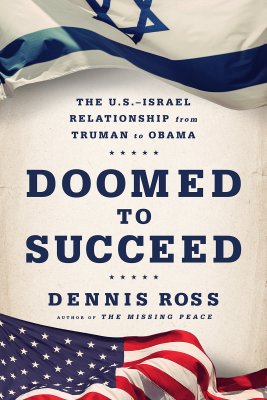