Violence Beats Politics As a Third Intifadeh Looms In Israel

Politics and diplomacy are never easy in the world’s most volatile region, but the alternative is always messier: In Syria, a quarter-million dead since 2011. In war-torn Yemen, millions going hungry. And in Israel, the showcase for the choice between talking and killing, killing is winning again, with 37 dead in the space of two weeks, most of them Palestinians. Of the seven Jewish Israelis who died through Oct. 14 in the latest spasm of violence, a majority were slain by kitchen knives, the only weapon at hand for many Palestinians–the newest wrinkle in a very old story. The conflict that for decades accounted for most of the trouble in the Middle East has spilled back into the streets, where passions replace talking points and violence threatens to once again pass for discourse.

It’s difficult to say where the new violence will lead, but it’s taken two distinct forms. The more familiar is the daily protests at Israeli military checkpoints. Young Palestinians throw stones and burn tires at the heavily reinforced gates built to confine them. Israeli soldiers fire back. The results are often lethal–at least five Palestinians have been killed in such clashes since Oct. 1–but the dynamic is routine. This particular back-and-forth dates to 1987, when Palestinians first took to the streets to “shake off” Israel’s military occupation of the West Bank and Gaza Strip, the territories they had retreated to after losing conventional wars in 1948 and again in 1967, when Israel stationed the troops who are still there.

That first intifadeh, as it became known, made the Palestinians underdogs in the eyes of most of the world and impelled Israel to the negotiating table. The 1993 Oslo Accords, meant to eventually provide Palestinians with a state of their own, did not survive the second intifadeh, fought several years later with suicide bombers and answered by Israel with tanks and a resolve never again to trust the Palestinians. The terrorist attacks, which peaked a few months after 9/11, also sealed a bond between the U.S. public and Israel. Support for the Jewish state became a litmus test for higher office in both U.S. political parties–as anyone watching the 2016 presidential campaign can see.

It’s violence in a new, more personal form that’s awakened fears of a third intifadeh. Chronologically, the surge can be traced to tension over the holy compound known to Muslims as the Noble Sanctuary and to Jews as the Temple Mount and the delicate status quo that physically separates the two faiths. But the real cause is far larger. “My people have to have hope,” Palestinian Authority President Mahmoud Abbas once told TIME when asked why he continued to press for negotiations that for years went nowhere. The alternative turns out to be both the protests at checkpoints and the less routine, more chaotic mayhem that has emerged this month. At least 19 times in the past two weeks, young Palestinians who live in Israel–where about a fifth of the population is Palestinian–have assaulted Jewish civilians, often on public transportation, with every expectation of being killed themselves.

The lone-wolf attacks confound Israel’s counterterrorism model, which relies on informants, Abbas’ loyal security services and the involvement of political factions, chiefly Hamas. But polls show Palestinians have scant faith in politics, and the knife attacks don’t appear to be planned by terrorist cells that can be disrupted. Instead, all evidence points to spontaneous acts carried out by young people and celebrated on social media.

Israeli Prime Minister Benjamin Netanyahu is considering more aggressive options to stop the violence, including sealing off whole Jerusalem neighborhoods. On Oct. 14, he deployed Israeli soldiers to back up the police. But as Israel’s 48-year occupation of Palestinian territories shows, a security solution is not a political one, least of all in the one part of the Middle East where the source of strife is comprehensible to Westerners: the aspiration–on the part of both sides–for a national home.

Twice this year Netanyahu acknowledged the death of the Oslo Accords–first in his March campaign when he ruled out new negotiations, then by appointing as Israel’s U.N. ambassador a virulent opponent of the two-state solution. By the time Abbas essentially renounced Oslo last month, it was seen as an empty gesture by an irrelevant leader. Afterward, violence grew.

Both societies are shaken, and for good reason. This conflict has entered uncharted territory. But there is this: while the streets of Jerusalem emptied, leaders in Tunisia won a Nobel Prize for embracing political compromise over bloodshed. Apparently it can be done.

–With reporting by RAMI NAZZAL/RAMALLAH 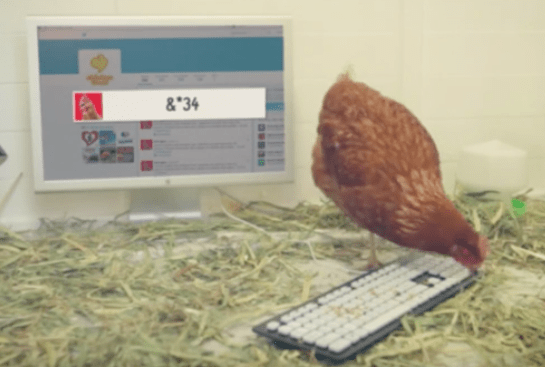 Aussie Restaurant Has Chicken Running Its Twitter
Next Up: Editor's Pick