Scottish nurse Pauline Cafferkey, recently readmitted to a London hospital because of “late” complications following her recovery from Ebola, has taken a turn for the worse, the hospital said Wednesday.

“We are sad to announce that Pauline Cafferkey’s condition has deteriorated and she is now critically ill,” read a statement from London’s Royal Free Hospital, where the 39-year-old has been in the high-level isolation unit for nearly a week.

Cafferkey was transferred to Royal Free last Friday after going into a National Health Service clinic in Glasgow for an illness. She had previously recovered from an Ebola infection she caught while treating patients in Sierra Leone — one of the three West African countries where an outbreak last year claimed over 11,000 lives.

It has been deemed possible for the Ebola virus to remain inside the body long after one has stopped displaying symptoms, and Cafferkey’s family members criticized her treatment by doctors when she went in for a checkup last Tuesday but was told she could go home.

“At that point, me and my family believe they missed a big opportunity to give the right diagnosis and we feel she was let down,” her sister Toni said in an interview with the Sunday Mail newspaper. “I think it is absolutely diabolical the way she has been treated.” 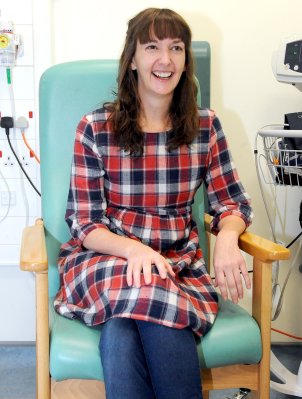 Scottish Nurse Who Had Ebola Placed Back in Isolation Unit
Next Up: Editor's Pick