A 35-year-old woman was arrested on Tuesday in East Anchorage, Alaska, after destroying a Subway franchise restaurant in the city while naked.

Nikki Abrell entered the Subway around 5 p.m. and proceeded to lock herself in the bathroom for two hours, Subway employees told KTUU-TV, a local NBC affiliate. She then emerged from the bathroom stark naked and began tearing down ceiling tiles, smashing chairs and smearing food all over the restaurant.

No one was injured.

“I thought there was a fire in the restaurant because it looked smoky in there but it turns out she had just set off a fire extinguisher inside,” Tina Anaya, a passerby who drove up to buy a sandwich, told KTUU-TV. “I really didn’t want to get anywhere near her. She was smearing feces all over stuff.”

Police have charged the woman with third-degree criminal mischief, harassment and resisting arrest and she is being held at an Anchorage jail, according to the local news channel. Police told KTUU-TV that she appeared to be high on drugs, though this has not been confirmed. 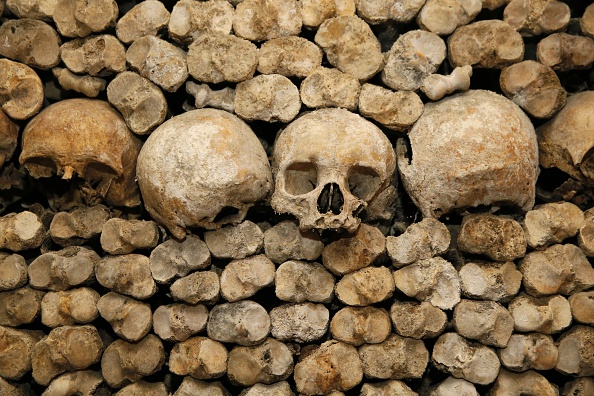 Want to Spend Halloween in the World's Biggest Grave?
Next Up: Editor's Pick