Legendary and Warner Bros. Pictures—the studios behind 2014’s smash hit Godzilla—will reunite for a giant monster franchise that will culminate in a dream smackdown between Godzilla and King Kong.

Superfans might note that the news isn’t exactly new: Godzilla was released with an agreement for its sequel, Godzilla 2, on June 8, 2018. The dual franchise’s combination sparked hopes for a meetup between Godzilla and King Kong, which was announced Wednesday for a film that will be called Godzilla vs. Kong, coming to theaters in 2020.

“Audiences really responded to Godzilla,” Legendary CEO Thomas Tull said in a press release. “As a lifelong fan of these characters, I’ve always wanted to see the ultimate showdown, and today we’re pleased to be announcing that and more.”

Other monsters joining the mayhem include King Ghidorah, Mothra, and Rodan.

The first film in a planned trilogy will be Kong: Skull Island, starring Tom Hiddleston, Sam Jackson, Brie Larson, and John Goodman and will be released in March 2017. Godzilla 2 will be next, followed by Godzilla vs. Kong in 2020. 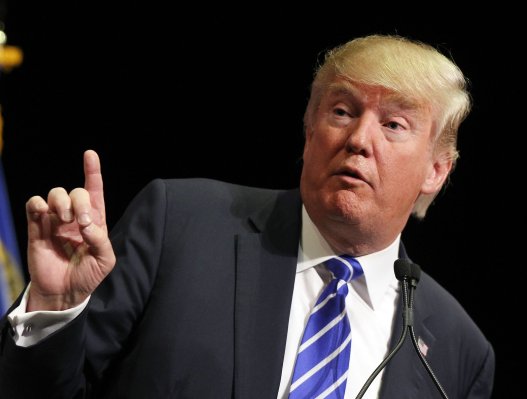 Anti-Donald Trump Documentary Gets a Re-Release
Next Up: Editor's Pick