Celebrities who have protested Donald Trump’s views on immigration will attend a festival in New York City on Oct. 17 and Oct. 18 where the U.S. Department of Homeland Security will host a naturalization ceremony for 100 new American citizens.

Pitbull and Gloria Estefan will be on hand for the PEOPLE en Español Festival this weekend, the magazine’s annual event coinciding with Hispanic Heritage Month. (PEOPLE en Español and TIME are both owned by Time Inc.)

Many in the Latin American community have taken issue with Republican presidential frontrunner Donald Trump’s rhetoric and views on immigration.

Estefan teamed up with her husband, Grammy Award-winning producer Emilio Estefan, and other performers like Carlos Santana, Thalia and Wyclef Jean, to release a celebratory, bilingual anthem in September called “We’re All Mexican.”

“There’s a message being sent out to the world where people are giving opinions that are plain wrong,” Estefan, who is Cuban-American, told Billboard. “We need to lift up our pride and show the world what we’re doing.” 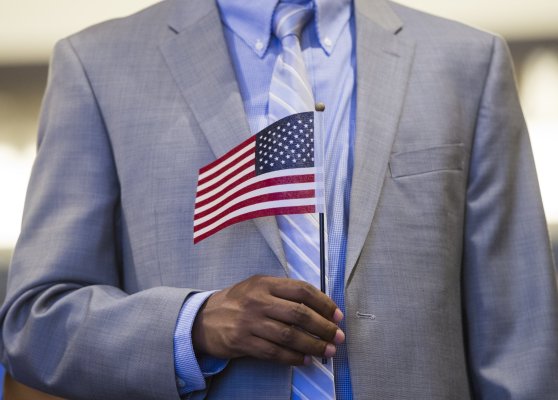 How the 1965 Immigration and Naturalization Act Changed America
Next Up: Editor's Pick