There's No Evidence You Need an Annual Physical: Study

Most of us don’t actually like going to the doctor, but we do it because we think it’s good for us. A third of American adults faithfully check in with their family physician or primary care doctor annually, spending about $10 billion in various tests, scans and procedures (not to mention time spent off work). Seeing the doctor every year for a physical lets us check in on everything to make sure nothing is awry. Blood tests, cancer screenings, and the other poking and prodding and questioning keep tabs of what’s going on inside.

Or at least that’s what we assume. It turns out there isn’t strong evidence showing that annual physicals actually do much to prevent some of our most common and dreaded diseases.

That prompted what was at first a few lone voices but now a more audible chorus of doctors who want to do away with the ritual of the yearly doctor’s visit. They’re not advocating that we divorce the medical system altogether, but they’re making a good case for eliminating the physical as it stands today and replacing it with something that’s more effective in making us healthy.

“I don’t see any evidence for having every person see their doctor every year,” says Dr. Ateev Mehrotra, from Harvard Medical School and Beth Israel Deaconess Medical Center. Mehrotra, who wrote an editorial arguing against the annual physical in the New England Journal of Medicine (NEJM).

He argues that the annual physical needs to be restructured and retargeted to the right population — a much smaller subset of the total population — that will benefit the most. Studies in which people were randomly assigned to see their doctor annually or not have so far not found any significantly lower rates of health problems among those who got the physicals compared to those who didn’t.

In part, that’s because most people who are getting physicals are also seeing doctors (often the same primary care physician) for other conditions such as high blood pressure or diabetes. Adding an annual exam is redundant of them, and costly if you factor in the patient’s time as well as the time that takes away from the doctor and her ability to see other patients who have more time-sensitive problems to manage.

And while it might seem that there’s no harm in seeing the doctor once a year, there is some evidence that there is a danger, both to patients’ health as well as to health care costs. Routine exams and screenings can lead to abnormal findings, but not all of these are signs of health problems. “There is more evidence of harm than benefit especially for executive physicals in which people come in once a year and get a zillion tests whether or not they need them,” says Dr. Christine Laine, senior vice president of the American College of Physicians (ACP). “What usually happens is that they find things that they didn’t need to find, and that generates more tests, which generates costs and side effects and worry and all of those things. There’s good evidence that those types of exams don’t make any sense and are of low value.”

Plus, they may produce one-off readings that could be red herrings rather than true indications of trouble.

Mehrotra argues instead for a more relationship-based connection with primary care doctors. Instead of using the visit to go through a checklist of items such as blood tests, screenings and the like, doctors can focus on strengthening the doctor-patient relationship, so patients feel comfortable about discussing any changes in their health, new symptoms, and their diet and exercise plans. Routine tests can be scheduled without a visit, with the patients only coming in if the results are abnormal.

“We need to stop depending on the annual physical as a catch-all to make sure everyone is up to date on their preventive care screenings,” says Mehrotra. “We need to use it more to actively reach and target the people who need more care, because the current system has clearly not been effective.”

Mehrotra’s colleague at Harvard, Dr. Allan Goroll, doesn’t agree. Goroll wrote an editorial arguing for keeping the physical, albeit in a different form.

Goroll agrees with Mehrotra that as it currently stands, the yearly doctor’s visit isn’t doing what it should. That’s largely due to the pressures created by managed care and the shift from reactive health care — treating problems once they’ve occurred — to preventive care that is more focused on keeping people well so they don’t get sick in the first place. “The annual physical has atrophied due to the pressures on primary care physicians,” he says. “We are looking at a shell of what the annual visit used to be when doctors had more time. But that doesn’t mean that the annual health review is not without value.”

He says that studies measuring the value of the physical can’t take into account things that aren’t measurable, such as the value of the doctor-patient interaction. That relationship has eroded as primary care doctors become more rushed in their patient visits, and less incentivized to nurture the connection in a system that rewards them more for the volume of patients they see than for the quality of each encounter.

Changing that, says Goroll will require a drastic shift in the way medical care is delivered and paid for. Putting the patient at the center and building a team of doctors who all coordinate to care for that patient is essential to rebuilding a more effective model for keeping people well. It also means taking advantage of other providers, including nurse practitioners, to perform certain duties to free up the physician to handle more complex medical issues that require their expertise.

But motivating doctors to participate in such a model means changing the way they are paid. Instead of reimbursing for every test or procedure or exam performed, doctors need to be paid for good outcomes. In the next few years, under the Affordable Care Act, half of Medicare reimbursements, which account for the vast majority of health care payments, will start rewarding such value over volume.

“What we need is necessary reforms in both primary care payments and practice in order to make the annual health review what it can and should be,” says Goroll. At its core is a strong doctor-patient relationship, which he argues can’t be built on a few visits interspersed over a few years.

“Dr. Goroll might want a slightly larger population to target for regular checkups,” says Mehrotra, “while we want a smaller group.”

They do agree, however, that it’s time for the annual physical to evolve. Right now, it’s probably not worth the time and effort that both doctors and patients put into it. 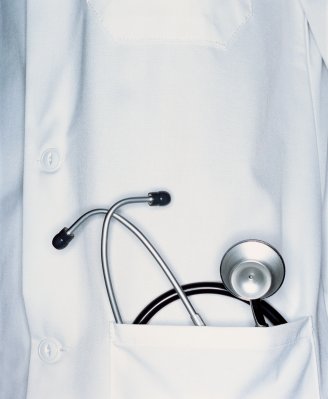 There's Nothing Progressive About Physician-Assisted Suicide
Next Up: Editor's Pick