Aunt Who Sued Nephew After Hug Says It Was For Insurance

Jennifer Connell, center, is escorted to her car by marshals after her lawsuit against her Westport nephew was found in his favor in Superior Court in Bridgeport, Conn, on Oct. 13, 2015.
Brian A. Pounds—AP
By Tanya Basu

The woman who sued her cousin’s son for hugging her so aggressively she fell to the ground and broke her wrist says there’s more to her story than being petty.

Jennifer Connell told CNN that the suit was actually a homeowners insurance case, and that “Connecticut law is such that I was advised by counsel that this is the way a suit is meant to be worded,” requiring her to name an individual and not the insurance company as the defendant.

On Tuesday, a New York jury ruled against Connell. She’d been seeking $127,000 in damages.

Connell said that despite the Internet’s vilification of her, she remains close to the boy, whom she refers to as her nephew and who she took shopping for a Halloween costume a few weeks ago. “It’s amazing the power that the Internet has that something can go viral, completely out of context,” she said. “I’m certainly not trying to retire to some villa in teh south of France. I’m simply trying to pay off my medical bills.” 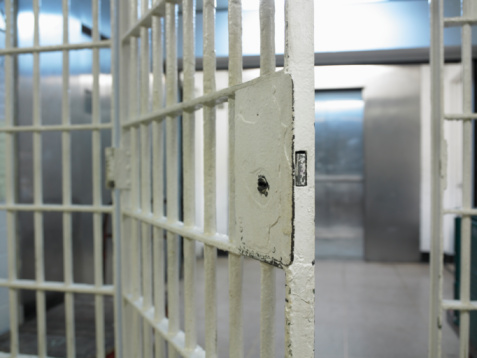 What to Know About 6,000 Prisoners Being Released
Next Up: Editor's Pick