For two years now, Matt Black has been Instagramming the geography of poverty in California and across the United States. His goal? To put the reality of the country’s economic challenges on the map.

The work, first published on Instagram and then by MSNBC, has garnered the attention of hundreds of thousands of people, leading to a range of exhibitions, awards and recognitions for the 45-year-old photographer, who was also named 2014’s Instagram Photographer of the Year by TIME.

Now, Black has received another award to add to his list, and it’s one of the medium’s most prestigious: the W. Eugene Smith Grant in Humanistic Photography, worth $30,000.

“I’m deeply honored and humbled to receive the W. Eugene Smith Grant for Humanistic Photography,” he said in a statement. “The support this grant gives my work is invaluable.”

For the past two decades, Black had been photographing poverty, migration and farming in California’s Central Valley. In early 2014, he turned to Instagram to reach a new audience and bridge the gap between the haves and the have-nots. “These are the places that actually produce what feeds the nation, and the irony is that we’re so dependent on these communities for food and yet rarely do people take time to actually look at them and understand what the challenges are, what these folks are facing — what their lives are like,” he told TIME last year. “People should care because we’re all implicated in this system… What we pay at the supermarket is what eventually goes to the farms and goes to the farm laborers. We’re all connected. So, [if] I can lift that veil and make that connection between what we eat, the choices we make, and how that impacts real people — communities — that’s the role I can play.”

With support from MSNBC, the Magnum Foundation, the Pulitzer Center and the Economic Hardship Reporting Project, Black recently took his project across America, visiting 70 cities where the poverty rate is above 20%. “Occasionally, with my work in the Central Valley, I get the feeling that people can dismiss it by saying that it’s happening in some weird place in the middle of nowhere in California; that it’s an outlier,” he told TIME last July. “But I know very well that the Central Valley is not an outlier. You can find similar communities and similar circumstances throughout the country.”

“Black’s searing images depict what America looks like to the more than 45 million people living in poverty,” says W. Eugene Smith Fund jury chair and MediaStorm founder Brian Storm. “Geography of Poverty is an 18,000 mile journey that puts a human face on the staggering statistics.”

The Fund also rewarded photographers Mary F. Calvert and Marcus Bleasdale as co-recipients of the Smith Fund Fellowship for their projects about, respectively, sexual trauma in the U.S. military and the political crisis in the Central African Republic. “Eugene Smith was the paragon of documentary photojournalism and with great courage he dedicated his life and sacrificed his own health to tell the stories of disaffected people in an honorable and respectful way,” says Calvert. “To be named the recipient of a fellowship in his name is one of the greatest honors that I can imagine.”

For Bleasdale, receiving the Fellowship is “a huge honor,” he says. “I hope the work I continue to do in the Central African Republic will draw attention to the issues in a manner similar to the way that Eugene Smith managed to do with his incredible work.” 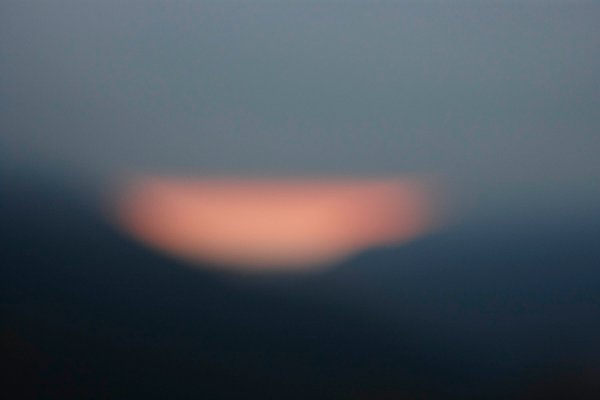 10 Things to See at Frieze London Art Fair
Next Up: Editor's Pick