Why Danny Meyer Is Eliminating Tipping at 13 Restaurants

Danny Meyer, chief founder of the Union Square Hospitality Group and Shake Shack, has decided to eliminate tipping and raise wages at 13 of his restaurants, Eater reports.

He came close to implementing a no-tipping policy in the 1990s, but faced resistance from servers who preferred to work on commission. Meyer will finally put his 20-year-old plan into action toward the end of November.

The “Hospitality Included” system will eliminate tipping and increase the wages for the entire restaurant staff, not just the waiters. This will remedy a huge wage gap in the restaurant industry between the front and back of house staff.

Restaurants are only required to pay waiters a “tipped minimum” of $5 per hour, which would add up to about $10,000 per year for a 40 hour work week. But with tips, New York servers make an average annual income of $40,000. Wait staff at some of the finest dining establishments easily take home six figures a year, whereas a line cook most likely won’t make more than $35,000.

In order to apply this system, the dining experience will have to be more expensive. Meyer will hike menu prices by 21-25%, and customers can expect to pay almost 10% more than they currently do for a full meal plus the tip.

Another upscale eatery implemented a no-tipping policy earlier this year. The policy ended up tripling the restaurant’s profits in just two months.

Danny Meyer’s Union Square Hospitality Group conceived and developed the Shake Shack restaurant, which is no longer part of the company. 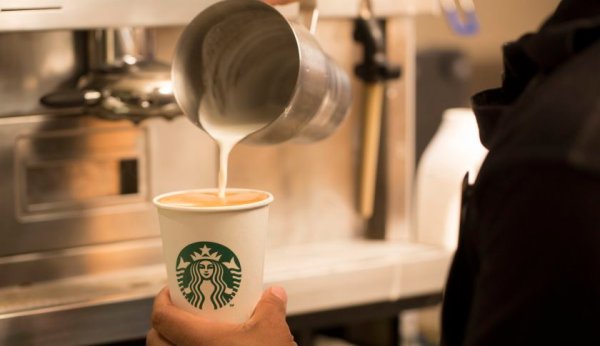 Starbucks Wants to Get You Caffeinated Faster—With Video Screens
Next Up: Editor's Pick