Watch a Bear Stroll Through a Montana High School

A bear wandered around Bozeman High School in Montana Wednesday morning before leaving on its own.

No injuries have been reported, a spokesperson from the state’s department of Fish, Wildlife, and Parks told The Billings Gazette, and no classes were delayed, school superintendent Rob Watson told The Bozeman Daily Chronicle.

The bear, which entered through a garage door, had been spotted in the cafeteria at around 7:30 a.m., on the football field, and walking around the building in general before it was ushered out by a police officer, according to the Associated Press.

KBZK TV has shared two videos of the animal inside the school — one shot by a German foreign exchange student named Leon Uebelhoer and another one from a teacher at the school named Matt Clark:

This Instagram appears to show the grizzly creature outside of the school: 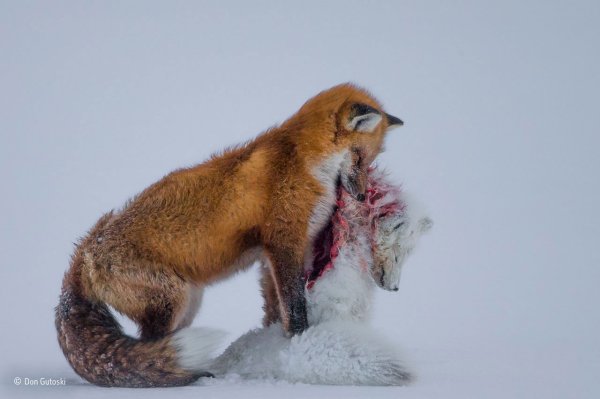 See the Photos From the 2015 Wildlife Photographer of the Year Winners
Next Up: Editor's Pick