The Ideas Weren’t the Freshest, But the Democratic Debate Was a Clear Win for Hillary Clinton

In the world of politics before Donald Trump came to save us from rational discourse, most debates were stately, inconclusive affairs. Oh, there would be an occasional zinger or oops moment. There were campaigns that died or came to life on the stage, but for the most part debates, especially in the preprimary months, ratified what already was. This was especially true in years when there was a political consensus among the candidates, as there was in the first Democratic debate of the 2016 cycle. It was an engaging debate, and a serious one, but no barns were burned, moderators insulted, hair sprayed stiff or set on fire. Hillary Clinton won, but not by default. She won by being a positive, unruffled and rational presence—yeah, human even—on a stage filled with lesser candidates.

The earth didn’t move, and the polls probably won’t, either. The most important moment was one of comity rather than confrontation: Bernie Sanders saying that the American people were “sick and tired” of hearing about Hillary Clinton’s “damn” emails. If you kept the Brooklyn accent and replaced “emails” with “bunions” or “heartburn” or “kishkes,” (Yiddish for intestines), you could have been eavesdropping at any given Thanksgiving dinner of my youth. All Jews have an Uncle Bernie: in this case, the powerful surprise was the graciousness of the moment rather than the chronic dyspepsia. Sanders was acknowledging what most Democrats believe—that the hubbub over Clinton’s emails is more a Republican ploy than a national crisis—and by doing so, he burnished his credentials as a truth teller.

But aside from that moment, he was a humorless Old Testament Jeremiah, not the sort of person you’d want holding forth in your living room for State of the Union addresses or declarations of war. He barely smiled. He decried the “unprecedented crises” facing the country. That’s the way Republicans talk these days, and they seem silly doing so. He was scorched-earth on “millionaires and billionaires,” but in a hortatory, nonfactual way. He didn’t make the argument. He didn’t do very well on gun issues, and his call for more “mental-­health counseling” for paranoid-schizophrenic shooters—as if these people were likely to check themselves into the local clinic—sounded lame, even for a liberal. His “socialism” is a naughty-boy political fetish, and Clinton put him in his place when he claimed not to believe in capitalism. She talked about her desire to help small businesses, and that it’s sometimes our job “to save capitalism from itself.” Sanders had to acknowledge that he was in favor of private enterprises too.

Ah, sanity. Thy name is, occasionally, Hillary Clinton. She never seemed even vaguely troubled by attacks on her policies and bona fides, which mostly came from Anderson Cooper. Her bald political flip-flop pandering of recent weeks—­suddenly against the Trans-Pacific trade deal, against taxing supergaudy “Cadillac” health care plans that help fund Obamacare, against the Keystone pipeline—paid off. And so did her ability to create positions just inside the bounds of those favored by Sanders: Wall Street was a terrific example. She has proposed substantive reforms, but not breaking up the big banks or imposing a tax on the turbo-powered churning of stock transactions, as Sanders has. He tried to describe his tax but lacked the skill and humanity to make it comprehensible. Clinton is perhaps the only candidate I’ve seen since, well, Bill Clinton who can use clever wonkery as a shield against political attacks.

Bill Clinton was not onstage, of course. And none of the others came close. Lincoln Chafee was probably the first candidate in human history to say that he voted for a bad (Wall Street) bill because his father had just died. Jim Webb seemed constricted and angry about the little time he was given, but he was unable to use his time effectively when he had it. Martin O’Malley seems a standard-issue politician who has been outfoxed by Clinton. He’s moved left when he should have campaigned as the creative moderate he’s always been. With Clinton sloping left, there may be a path for a true moderate reformer in the race—and if I’m Joe Biden, I’m sitting at home wondering what I can say that will truly distinguish my candidacy from Hillary Clinton’s.

It used to be that Democrats were the party with the real policy disputes, usually over wars or rights. Their current Kumbaya may be a sign of stability, and maturity, or it may be rigor mortis. Their retreat to trade protectionism and identity politics seems so last-­century. Hillary’s right: a woman President would be a relief from all the testosterone flying about, but it would be nice to hear a full-throated roar from the lioness about something, other than gender, that is new and cool and exciting. 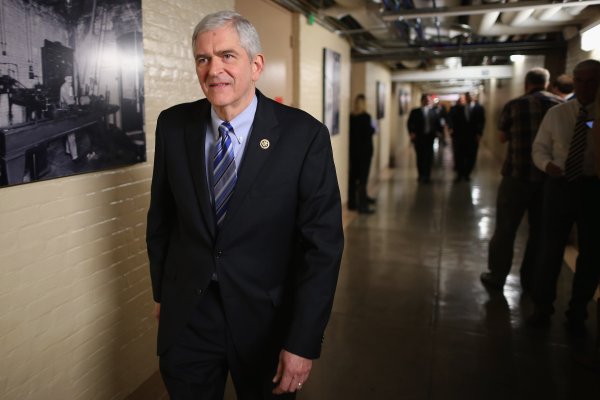 The Freedom Caucus Is a Rebellion That Could Change the GOP's Future
Next Up: Editor's Pick