We’ve seen Jeff Daniels play a police officer, a Civil War colonel, a novelist, a newsman, and a fool. But never have we witnessed the actor play any of these roles simultaneously.

On Tuesday night’s episode of The Late Late Show, the prolific actor reprised his role as sincere newsman Will McAvoy from The Newsroom and immature clown Harry Dunne from Dumb and Dumber.

The segment centered on McAvoy interviewing Corden about the state of late-night television, but the new intern, Dunne, couldn’t help but interrupt the interview – taking it out a selfie stick and supplying McAvoy with faulty research that said Corden was Andy Richter.

The newsman then gave an inspiring monologue about television being great again, before ending on the word duty. (Get it? Duty?)

Watch the clip below to see Jeff Daniels’ characters interact with and frustrate each other. 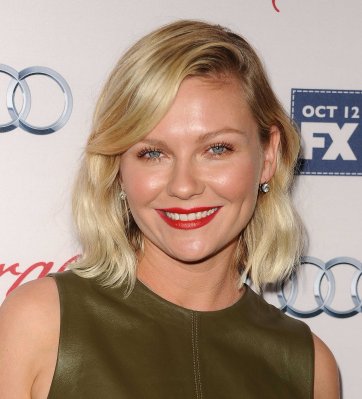 Kirsten Dunst Proves She Still Knows the Cheers from Bring It On
Next Up: Editor's Pick