Miley Cyrus and the Flaming Lips are planning an intimate gig. Like, really intimate.

Flaming Lips frontman Wayne Coyne shared an Instagram photo (depicting his bare-shouldered bandmates and Cyrus) announcing they will play in the buff. For a naked crowd.

“[Cyrus] is planning a show where her, the band (us) and the audience are all COMPLETELY naked with milk (well white stuff that looks like milk) is being being spewed everywhere,” Coyne wrote. “It’s a video (in the works) for #mileycyrusandherdeadpetz song ‘The Milky Milky Milk.’”

The Flaming Lips collaborated with the “Wrecking Ball” artist on her newest record, Miley Cyrus and Her Dead Petz, which she surprise-released during the MTV VMAs. (EW awarded it an A-.) The “Milky Milky Milk” video will follow the video for “Doo It!”, which was released the day the album came out.

Tickets went on sale for Cyrus and the group’s tour last week; it begins Nov. 19 in Chicago. 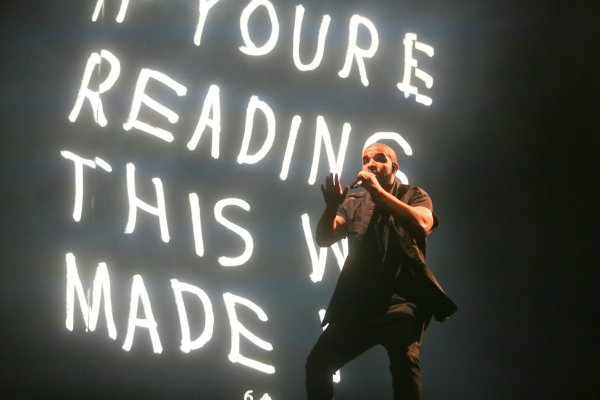 The Best Things We Saw at Austin City Limits Music Festival
Next Up: Editor's Pick