“It would tell the world that lessons haven’t been learned, that the same backroom deals that have discredited FIFA in the first place continue,” Ali said, according to the BBC.

The Jordanian royal is vying to replace beleaguered current President Sepp Blatter, who was suspended last week along with the organization’s general secretary Jerome Valcke and European football head Michel Platini — a potential opponent to Ali in next year’s election.

Blatter has been accused of misusing FIFA funds to make a $2 million payment to Platini — charges both men strenuously deny — in the middle of a widespread corruption scandal that has seen several top soccer officials indicted for bribery and fraud.

FIFA’s executive committee will hold an emergency meeting on Oct. 20 to discuss the timing of the election, currently slated for Feb. 2016 after Blatter resigned from the presidency in June this year. The 79-year-old Swiss has said he will not officially step down before that election takes place, and is appealing his 90-day suspension along with Platini.

Ali, meanwhile, said pushing the election back would “postpone needed change” within the organization.

“With FIFA’s crisis deepening, the organisation needs to move beyond interim leadership and elect an accountable president,” he added. 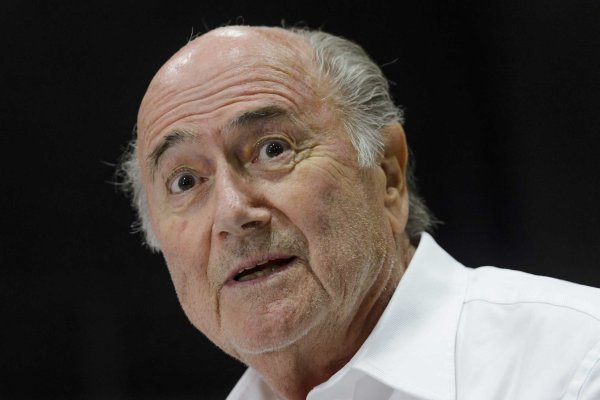