Donald Trump Tweets Up a Storm as Democrats Debate

Donald Trump made a calculated attempt to steal the show during Tuesday’s Democratic Debate—even though he wasn’t on stage.

The Republican frontrunner live-tweeted the debate, egging on his followers and taking shots at the Democrats, but he wasn’t too pleased by what he saw.

Here are some of Trump’s best Tweets:

On the Democratic field:

On how bored he was:

By the end of the night, Trump had added some 60,000 Twitter followers according to analysis by Vocativ. Sanders had accumulated a further 28,000 while Clinton attracted a mere 10,000 new followers. 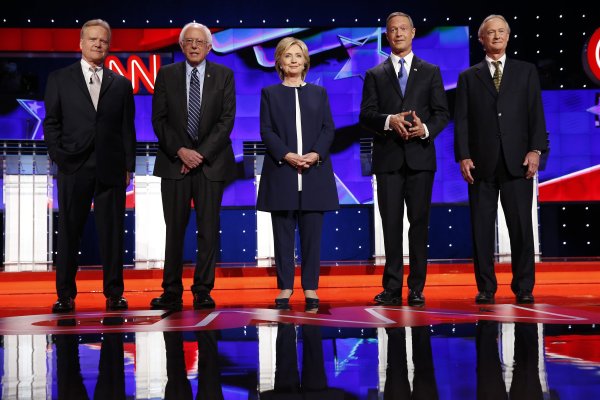