The health of Angolan rapper-activist Luaty Beirão has significantly declined after his being on hunger strike for more than three weeks, his wife said on Wednesday.

Monica Almeida said her husband was stable when she last visited him Monday morning but has deteriorated since then, the BBC reported.

Beirão, who also goes by his stage name Ikonoklasta, was arrested in June for allegedly conspiring to overthrow Angola’s President Eduardo Dos Santos. The artist has been an outspoken critic of the African country’s government, particularly with regards to the redistribution of wealth in what is the continent’s second-largest oil producer.

In 2012, his song “I Am a Kamikaze Angolan and This is My Mission” was posted to YouTube.

Beirão and his fellow dissenters have already been detained without a trial for three months and could be imprisoned for up to 12 years if convicted. Authorities arrested 20 more individuals on Monday during a vigil calling for the activists’ release, according to Agence France-Presse.

Almeida told the BBC that her husband’s legal team plan to file a petition with the country’s attorney-general demanding his release.

“The law should be respected — they shouldn’t be held for more than 90 days without trial,” she said. “I’m very worried about his health and what will happen to him next.” 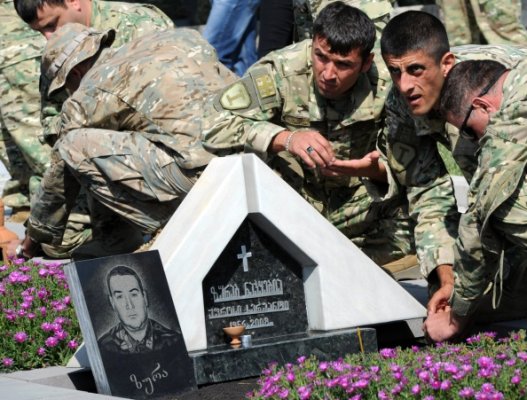 'Evidence' of War Crimes in Russia-Georgia War
Next Up: Editor's Pick