Supplements Cause More Than 23,000 ER Visits a Year

More Americans are taking dietary supplements, and many are going to the emergency department as a result, according to a new study published by federal health experts.

Supplement makers are asked to voluntarily report adverse events associated with their product, but in a new study published Wednesday in the New England Journal of Medicine, researchers from the U.S. Centers for Disease Control and Prevention (CDC) and the U.S. Food and Drug Administration (FDA) say “a limited regulatory framework makes it challenging to accurately monitor the safety of supplements.” By using ten years of data from 63 U.S. hospitals—from 2004-2013—the researchers estimated the number of emergency department visits across the U.S. based on population and determined how often Americans are going to the emergency room due to supplement use.

Each year, 23,005 emergency department visits stem from supplement-use problems, the researchers estimate. Of those visits, an average of 2,154 result in hospitalizations every year. The researchers defined each case as an emergency department visit where a clinician who treated the patient explicitly attributed the patient’s complication to dietary supplement usage.

More than half of emergency department visits due to supplements involved female patients, and weight loss and energy products were responsible in more than half the visits for patients 5-34 years old. (The researchers did not look at energy drinks, which they said are typically considered food or drinks, not supplements.)

The most common symptoms linked to weight-loss and energy products were heart symptoms, including palpitations and chest pain. Cardiac symptoms were also common among emergency visits linked to bodybuilding and sexual-enhancement products. The most common health problems associated with micronutrients, like vitamins and minerals, were allergic reactions or trouble swallowing.

“Like anything that we do at CDC, we are trying to identify opportunities for reducing harm,” says study author Dr. Andrew Geller, a medical officer in CDC’s Division of Healthcare Quality Promotion. “People may not realize [supplements] can cause adverse effects.”

Dietary supplements in the United States require no safety testing or FDA approval before being sold and marketed. Providing reasons for the use of the ingredients—citing historical use, for instance—is considered enough. If supplements are found to be unsafe, the FDA can remove them from market.

Despite the fact that supplements cannot legally be marketed for the treatment or prevention of disease, Americans often take them for that purpose, or to maintain and improve their health. Estimates suggest that the number of supplement products in the U.S. increased from 4,000 in 1994 to more than 55,000 in 2012.

The researchers say in their study that the number of emergency department visits and hospitalizations were less than 5% of the numbers reported for drug products, but add that supplements are marketed “under the presumption of safety. “Unlike over-the-counter or prescription medications, there are no requirements to identify adverse effects on dietary-supplement packaging,” the study authors write. They also say that their numbers are possibly underestimates, given that patients often underreport their supplement use, and doctors don’t identify them as the cause of adverse health events as often as they do for medications.

In response to the report, the supplement trade organization Council for Responsible Nutrition (CRN) released a statement, writing: “The results of this study reinforce that dietary supplements are safe products, particularly when put into context with the number of people—over 150 million Americans—who take dietary supplements every year…However, we do appreciate the elements of this study that present reasonable takeaways for the industry, and are pleased to confirm that companies are already responding to many of these suggestions made by the study authors.”

“[Supplement use] is continuing to be an interest of ours,” says CDC’s Geller. “Patients should always tell their doctors if they are taking supplements.” 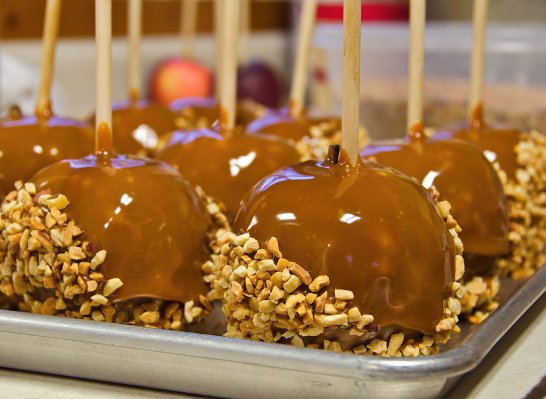 How Caramel Apples Can Become Hotbeds for Listeria
Next Up: Editor's Pick