Hilla Becher, half of a famed photographic duo with her husband Bernd, died on October 10, her publisher, Schirmer/Mosel has confirmed. She was 81.

Known for their typologic series on water towers, which they captured with a straightforward point of view, the Bechers believed that images that were photographed objectively were more truthful. Over 50 years, the duo produced a series of black-and-white surveys of furnaces, winding towers and abandoned buildings, all with the same uniform look. The result, often called the Becher School, influenced conceptual photographers and artists such as Thomas Ruff, Thomas Struth and Andreas Gursky, as well as many others who studied under Bernd’s leadership at the Kunstakademie Düsseldorf art academy.

“Hilla Becher was a remarkably incorruptible person,” Struth tells TIME. “I loved her uncompromising but open-minded and gentle attitude, always curious, not sentimental but loving. Her death is a big loss.”

Hilla first met Bernd, who died in 2007, in 1957 when they attended the same art school. “At the time he was not a photographer, but an artist with a brush or pencil,” she told the British Journal of Photography earlier this year. “He only used photography once in a while, because his subjects were disappearing and he wasn’t fast enough to record them. He started making photo-montages, but they were quite messy, I must say. I was a little more conceptual I think.” Hilla and Bernd began photographing together two years later, but their work only gained recognition in the early 1970s after their book, Anonyme Skulpturen, was released in the U.S. 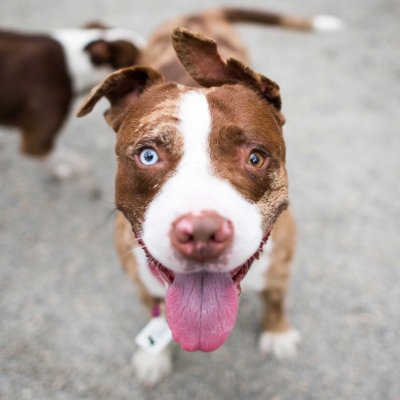 10 Tips to Photograph Your Dog
Next Up: Editor's Pick