A British start-up, Open Bionics, has teamed up with Disney to dramatically change the lives of young amputees and children born without hands by making enviable prosthetics. Instead of replacing missing arms or hands with industrial prosthetics, the company is crafting new limbs worthy of Iron Man or Elsa from Frozen, and a glowing “lightsaber hand” that buzzes just like the ones in Star Wars.

“The power of these prosthetics is that the public perception is completely different. All of a sudden they’re not being asked how they lost their hand, they’re being asked where they got their cool robot hand,” said Open Bionics founder Joel Gibbard speaking to The Independent. “What might have been perceived as their greatest weakness is seen as their greatest strength.”

The prosthetics don’t just look cool, though. They also provide working, functional limbs to children while monitoring the child’s muscle development and helping them build up strength and dexterity and giving caretakers, parents, and doctors much-needed biofeedback.

Through the Disney’s Techstars Accelerator program, the company gained access to the designers who actually worked on Iron Man, Frozen, and Star Wars: The Force Awakens. Pairing their bionic know-how with Disney’s designs has translated into incredible real-world benefits for kids. Open Bionics has been able to keep their costs low thanks to a deal with Disney giving them royalty-free licensing. After all even the coolest prosthetic in this galaxy or one far, far away, isn’t very helpful if its priced out of reach. Open Bionics hopes to have the product on the market by the end of next year for less than $3,000 each. 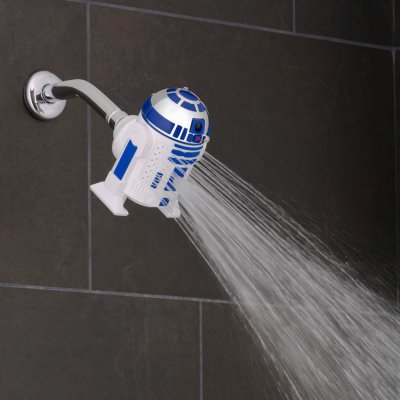 Now You Can Shower with Darth Vader and R2-D2
Next Up: Editor's Pick