Music festivals are all about choices. Do you go back and forth between two headliners or stick with one all night, not knowing what you’ll miss? Do you risk dehydration for a prime spot near the stage or steadily slurp water, even if that means having to take an inopportune bathroom break during your favorite band? Do you spend a small fortune on food vendors, or do you drool at everyone’s brisket and tacos knowing that even if your stomach isn’t full, at least your wallet is? Austin City Limits Musical Festival is no different.

Here are the highlights from what TIME saw at the festival’s second weekend:

Most Likely to Make You Feel Like You’re At a Taylor Swift Concert: Run the Jewels
Okay, so one of the most acclaimed rap groups of the moment and the biggest pop star on the planet don’t seem to have that much in common at first. But there’s something about the mad love radiating between Killer Mike and El-P (or as one heckler addressed him, “Shut up, James Corden!”) that makes you want to use the #squadgoals hashtag without any irony. There was even talk of a fanbase name (Swifties, meet the Jewel Runners), an inspirational speech (one that was definitely more profane than Swift’s 1989 World Tour pep talk) and a coterie of special guests (fellow festival act Boots and rapper Bun B) that helped make Run the Jewels’ set one of the funnest—and funniest—of the entire festival.

Best Dance Party: Disclosure
The English duo’s sophomore LP Caracal didn’t bang quite as hard as their 2013 debut Settle, but you wouldn’t have known it from their headlining set Friday night. Backed by one of the most impressive light and screen shows of the festival—seriously, whoever designs iTunes Visualizer mode needs to give them a call—the brothers Lawrence divided up the labor (Howard handled guitars and keys, Guy led percussion) and spread out their star-studded collaborations (like the Lorde-assisted “Magnets”) with commendable pacing. Just when the set started to hit a lull, the duo picked up the pace with tracks like Caracal buzz single “Bang That” and Settle party-starter “When a Fire Starts to Burn.” And any momentum lost during their encore break was more than made up for by a rousing guest appearance from “Moving Mountains” singer Brendan Reilly and their Sam Smith hit “Latch.”

Best Shout-Out: Leon Bridges’ Barber
Nearly everything about Bridges’ Friday set, from the outfits he sweat through to his haircut—he thanked his barber mid-set for keeping him “on point”—seemed like it was from another era. And while it wasn’t exactly a hometown show for the Fort Worth native—Austin’s about three hours away—the 26-year-old’s ’60s-style soul and time-traveling voice sounded crisper and more at home than anything in Zilker Park that day. Bridges just announced a slew of 2016 tour dates this week, so you can see him for yourself early next year.

Most Improved: Ryn Weaver
If there’s one thing that moved faster than Ryn Weaver’s rise from SoundCloud siren to alt-pop star, it’s the quality of the “OctaHate” singer’s live show. Part of that is the live band she’s assembled since her early New York shows last year—their slick, forceful arrangements prove Weaver’s songs from debut album The Fool don’t need the quirky production of Benny Blanco and Passion Pit frontman Michael Angelakos to sound stellar. But, of course, it’s mostly Weaver who deserves props. The 23-year-old stomped around the stage and gyrated her hips like the bona fide pop star she very well could be, if she wanted. And while her voice showed plenty of character on The Fool, what comes across live isn’t its recognizable trill but its power—the final a cappella measures of “Traveling Song” are even more enchanting live than they are on the record.

Most Unexpectedly Stylish Look: A$AP Rocky’s Overalls
Few people have done as much for jumpsuits as Albert Hammond Jr. did with his all-red outfit during his Friday performance, but making overalls look as hip as A$AP Rocky did during his Saturday set—home to one of the festival’s most elaborate set designs thanks to its arcade-milkshake bar theme—was the more impressive feat.

Most Likely to Succeed: Alessia Cara
It’s almost funny to see so many adults crowded around a singer who’s not even old enough to get an alcohol wristband at the festival, but it makes total sense when that singer is Alessia Cara, whose outsider anthem “Here” has drawn comparisons to Lorde. The Taylor Swift-approved 19-year-old showed why she’s deserving of the hype by working the stage with levels of comfort and charisma—not to mention some big pipes—that suggest she’s been doing this a lot longer than she has.

Most Self-Aware Set: Drake
Is there a rapper more knowledgeable about his own Internet memes than Drake? The Toronto emcee peppered his headlining set on Saturday night with more than a few jabs at his self image: “I know this is a super Drake question to ask, but where my ladies at?” he called from the stage at one point. “I don’t want to be overly Drake-ish,” he added later, right before describing the kind of ideal date night—running your bath water, lighting candles, giving you back massages—that makes many women love him (and makes plenty of guys make fun of him). He brought out J. Cole for a mini-set in the middle of his show, but the best surprises were updates about what’s coming next: he just finished the video for “Hotling Bling,” coming this week, and he’s spending the rest of the year completing up his long-awaited Views From the 6.

Best Use of Sign-Language Interpreter: The Weeknd
While Abel Tesfaye was crooning his way through his X-rated remix of the Ty Dolla $ign song “Or Nah” on Sunday night, a sign-language interpreter—the kind common at big festivals like ACL—was signing along at the side of the stage with the same energy and commitment as the 25-year-old chart-topper. (You almost have to wonder if interpreters need to study up in order to accurately cover the kind of graphic sex talk Tesfaye has made his trademark.) That’s not the only award the Weeknd could have claimed this past weekend: though the singer didn’t play with well with fire in his “Can’t Feel My Face” video, his stage show featured the flashiest pyrotechnics of the festival. Drake closed out his set with fireworks, but the Weeknd set them off only a few songs in and blasted flames from the stage throughout his set. His one-two punch of “Can’t Feel My Face” followed by “The Hills” (recently remixed by Nicki Minaj and Eminem) felt just as explosive. 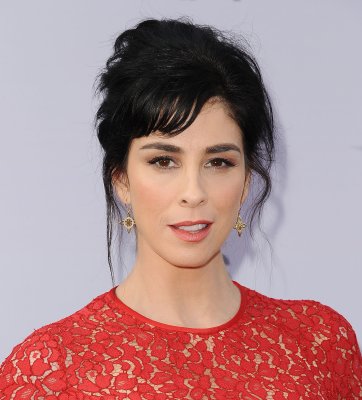 Sarah Silverman Speaks Up About Depression
Next Up: Editor's Pick