In a coup for all those men who read Playboy for the articles, the long-lived men’s magazine has announced that, as of next March, nude photos are out. As part of a redesign, the publication will lean more toward lifestyle and literature, acknowledging that readers who are interested solely in nudity could more easily find what they want on the Internet. Whether or not the magazine continues to run its famous centerfold remains to be decided, the New York Times reports.

If the centerfold is out, this wouldn’t be the first time there’s a Playboy minus the iconic spread. In fact, while the magazine’s first issue in 1953 featured nude photographs of Marilyn Monroe that had not previously been seen in non-calendar form, the centerfold feature wasn’t added until two years later.

As TIME described in a 1967 cover story about Playboy‘s then-growing success, the invention of the centerfold came about in somewhat random fashion, combining Hugh Hefner’s media savvy with an interaction that would surely be deemed workplace harassment today: An “average though well-endowed girl named Charlene Drain” who worked in Playboy‘s subscription department asked her bosses for an Addressograph machine, a tool for printing address labels. Hefner said that he would purchase the machine for her if she would pose nude for the magazine. Drain agreed, though she used a pseudonym (“Janet Pilgrim”), and was the centerfold for the July 1955 issue. Drain also received a promotion and, even after she got married and left the business, continued to be listed on the masthead as one of Playboy‘s employees.

The style that Hefner established with that photo of “Janet Pilgrim” would soon become synonymous with the publication:

Even now, the magazine’s name will likely be forever linked to pictures of naked girls—partially because Playboy was instrumental in helping such photos permeate the mainstream media in other ways, too. “The magazine has many things to offer, but the basis of success is the nude or seminude photograph that Hugh Hefner has made respectable in the U.S. prints,” TIME commented. “America was undoubtedly ready for it anyway, but Hefner seized the moment. He was the first publisher to see that the sky would not fall and mothers would not march if he published bare bosoms; he realized that the old taboos were going, that, so to speak, the empress need wear no clothes.”

Case in point: that 1967 TIME story was illustrated with a picture of Playboy “Bunnies” in their natural state.

Read the 1967 cover story, with its original layouts and art, here in the TIME Vault: Think Clean 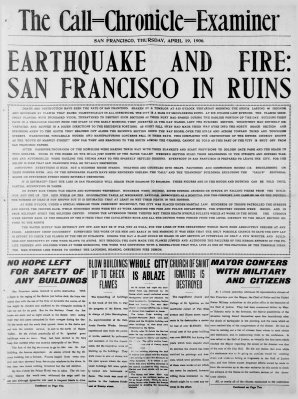 See the Original Newspaper Headlines From 10 Major Moments in American History
Next Up: Editor's Pick