Several writers in India have relinquished awards from one of the country’s top literary institutions over the past week, in a symbolic show of protest against what they say is a growing disregard for freedom of speech under the government of Indian Prime Minister Narendra Modi.

As of Monday, a total of 23 writers from across the country had given back awards from the Sahitya Akademi, or the National Academy of Letters, according to the Indian Express newspaper. A few have also resigned from positions they held within the prestigious government-funded but autonomous literary body.

The primary motivation for returning the awards, some of them have said, is the academy’s failure to publicly protest the murder of a prominent atheist scholar in late August — allegedly by hard-line Hindu fundamentalist groups. However, others also cited the recent lynching of a Muslim man by a Hindu mob on suspicion of his having consumed beef (cows are considered sacred by Hindus), pointing at a growing climate of intolerance that bodes ill for freedom of speech in the South Asian nation.

The list of those who have returned their awards includes poets, playwrights and authors from various parts of the country, working in several Indian languages.

“India’s culture of diversity and debate is now under vicious assault,” Nayantara Sahgal, a recipient of the Sahitya Akademi award in 1986, and one of the first to return it last Tuesday, said in an open letter to the government.

“Rationalists who question superstition, anyone who questions any aspect of the ugly and dangerous distortion of Hinduism … are being marginalized, persecuted, or murdered,” added Sahgal, who also happens to be the niece of India’s first Prime Minister, Jawaharlal Nehru.

The writers also received support from renowned author and Booker Prize recipient Salman Rushdie, who tweeted his solidarity in what he said are “alarming times for free expression in India.”

Their actions has prompted some criticism from members of India’s literary community, including the chairman of the academy, and several other recipients of its awards, who say the institution is an apolitical one that has seldom taken a stance on incidents involving writers in the past.

“I respect their sentiment. But if this [returning of award] happens for too long, the government may take over the Akademi,” said Hindi writer Mridula Garg. “If the institution is gone, we are lost. We will lose everything we were fighting for,” she added.

The academy’s board has convened an emergency meeting on Oct. 23 to discuss the current situation, even as 15 more writers announced their intention to return their awards on Tuesday.

“I understand that the writers are protesting not against the Sahitya Akademi but against the government,” the academy’s chairperson Vishwanath Prasad Tiwari told the Press Trust of India. “So if this is the agenda, should Sahitya Akademi … leave behind its literary work?”

India’s Culture Minister Mahesh Sharma was dismissive of the writers’ actions, saying the award has “nothing to do with the government” and that it was a “personal choice” to return it.

“If they say they are unable to write, let them first stop writing,” he told the Express. “We will then see.” 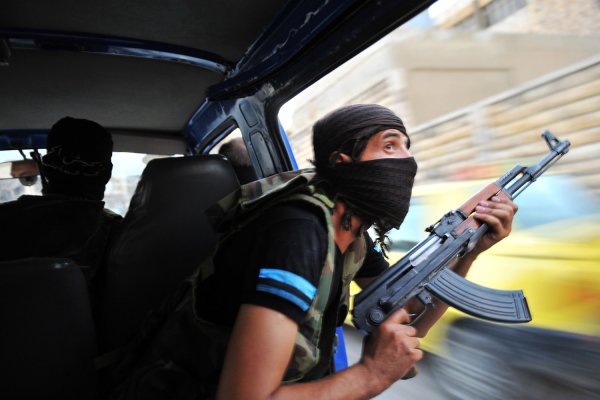