Senevirathnam Wasanayagi, 63, mother of a detained Tamil Tiger rebel suspect holds up a photo of her son during a protest outside the main prison on May 29, 2012, in Colombo, Sri Lanka. Relatives and rights activists are demanding that the Tamil Tiger rebel suspects who have been held without trial are released or brought to court
Buddhika Weerasinghe—Getty Images
By Rishi Iyengar

Hundreds of Tamil prisoners in Sri Lanka, many of whom have spent nearly two decades in jail without seeing the inside of a courtroom, have initiated a hunger strike to demand their immediate release.

A total of 223 prisoners have joined the strike at jails across four different cities, the BBC reports.

Many have been imprisoned under terrorism laws for alleged links to the Liberation Tigers of Tamil Eelam, a rebel group that waged a 26-year civil war against the Sri Lankan government until its defeat in 2009.

The laws allow Sri Lankan authorities to detain an individual on suspicion of being a terrorist for up to 18 months without trial, although many of the inmates were incarcerated as far back as 1997. A recent report by U.N. human-rights chief Zeid Ra’ad al-Hussain said only 54 of the 258 people held by the government under terrorism legislation had been convicted, while 144 cases remain pending.

Tamil politicians are also demanding that the accused either be put on trial, granted bail or released. 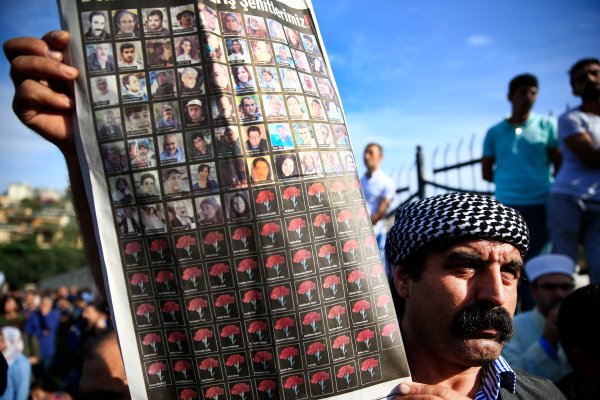