California’s ban on public schools using the term “Redskins” as a team mascot, which Gov. Jerry Brown signed into law on Sunday, is a rare statewide win for a movement trying to get Native American imagery removed from team names around the U.S.

Many Native Americans consider the use of the term “Redskin” offensive, but before California no state had ever banned the term from its public schools. In the last few years, only a handful of states have even addressed the issue. The most significant recent move came in 2012, when the Oregon Board of Education said that schools in the state had to eliminate Native American mascots by 2017 or risk losing public funding.

Until California, advocacy groups saw progress mainly at a grassroots level. Brian Howard, a legislative associate with the National Congress of American Indians, says much of his organization’s work is focused on specific schools. “A lot of the work moving forward has been working with individuals who are approaching school boards to get their schools’ mascots changed,” Howard says.

About a dozen schools around the U.S. have made changes to mascots and team names since 2013, according to Change the Mascot, an advocacy group funded by the Oneida Indian Nation. That includes schools in Houston, Oklahoma City, and Cooperstown, N.Y.; the group says around 20 others are considering eliminating Native American references. There are about 65 schools in the U.S. that still use “Redskins” and about 2,000 other Native American mascots around the country, Change the Mascot says. In California, just four schools used the term.

Even while California’s move could be considered a noteworthy win for advocates working on the issue, many say they are focusing their energies not on school teams but on the biggest national target: the NFL’s Washington Redskins, whose owner Dan Snyder has said he will never change its name.

“The focus has been squarely in the NFL,” says Joel Barkin, a spokesperson for Change the Mascot, referring to the Washington team. “But we’re confident this is going to become an issue in other states.”

There are already signs that might be the case; even before Brown signed California’s prohibition into law, Gov. John Hickenlooper of Colorado issued an executive order to create a commission that will study whether to get rid of American Indian mascots in public schools.

“We believe a more open and ongoing discussion and study is needed to identify how affected communities can respect the culture of American Indians,” the order reads, “while maintaining community traditions.” 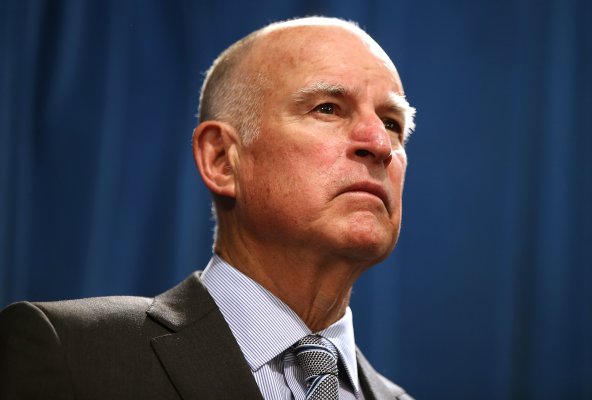