Not that Russia was ever a slouch, but there’s no denying the recent uptick in activity. As we approach the juicy middle of President Vladimir Putin’s third term, Russia is extending, and fighting for, its interests in nearly every corner of the globe. Somewhat lost amid the bombing in Syria – though hardly unaffected – is Russia’s Turkish gambit.

Putin has long valued Turkey as a territorial and ideological play against NATO and the E.U. The strategic partnership has taken time to develop, but 2014 was a particularly notable year for the Eurasian nations. Cross border trade exceeded $31 billion – good for sixth among Russia’s major trading partners – and U.S. and E.U. sanctions have expanded the horizons for further trade between the two nations.

Natural gas in particular forms the backbone of this growing trade relationship. In 2014, Gazprom delivered 27.3 billion cubic meters (bcm) of gas to Turkey via its Blue Stream and Trans-Balkan pipelines. Gas exports from Russia are up some 34 percent since 2010, and Turkey – now Russia’s second largest market after Germany – is only getting hungrier. By 2030, gas demand in Turkey is expected to expand 30 percent, reaching 70 bcm per year.

With European demand projected to grow by just over 1 bcm per year in the same period, Russia’s South Stream pipeline proposal was as misguided as it was non-compliant with the E.U.’s Third Energy Package. Routed through Turkey however, Russia’s newest pipeline, TurkStream, promised to add greater utility. Turkey gets its gas and partly fulfills its transit aspirations; Russia bypasses Ukraine while opening windows to Europe and the Middle East; and Europe, if it wants it, will have gas on demand.

It sounds good – okay, at least – but as so often happens in Russia, the tale has taken a turn for the worse. TurkStream has stumbled out of the gates and larger happenings in Syria look to significantly damage Russia-Turkey relations.

Originally intended as a four-pipe 63-bcm project, TurkStream will now top out at 32 bcm, if it gets off the ground at all. As it stands, the parties have agreed to draft the text of an intergovernmental agreement, with a targeted signing date of early next year, following Turkey’s general election. And that’s it.

The primary sticking point remains the price. Gazprom conceded a 10.25 percent gas discount in February, but Turkey would like to see that figure reach 15 percent by the time TurkStream makes its first deliveries. Moreover, Ankara is wary of handcuffing its energy future to Russia; Gazprom delivered roughly 57 percent of Turkey’s gas imports in 2014.

Should TurkStream fail to get off the ground, Turkey will not be short on options. Its regasification facilities can handle greater LNG imports and domestic fixes could increase the efficiency of current piped imports. Long-term, the country is well positioned to receive gas from Israel and Turkmenistan. That being said, the country’s current, and future, imports through Azerbaijan, Iran, and Iraq are far less sound from a security perspective.

A failed TurkStream doesn’t particularly threaten Europe’s energy security either. Nord Stream-2, another Gazprom project, which has the backing of Shell and Wintershall among others, looks to provide an additional 55 bcm of capacity beneath the Baltic Sea.

To be sure, energy is hardly Turkey’s primary concern at the moment. Russia’s bombing campaign in Syria has stoked fires in a region that was already burning. Russia’s air offensive – viewed principally as a veiled attempt to support Syrian President Bashar Al-Assad – was never going to win over Turkey, who supports the uprising, but extracurricular activities in Turkish airspace have brought the once promising relationship to a standstill.

Commercially – and barring any direct conflict, which remains unlikely – the Turkish gambit may still bear fruit, but politically, Putin failed to bring Turkey into his fold, an opportunity that now appears lost. 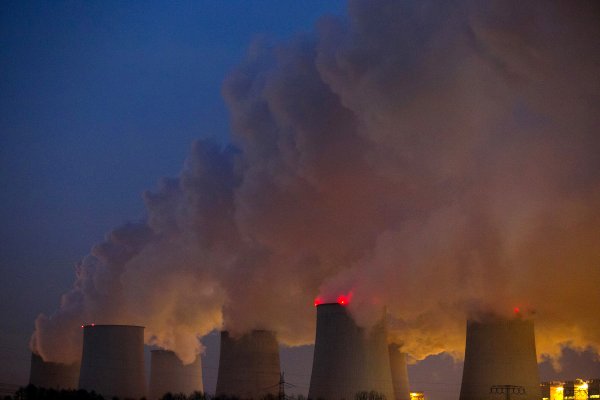 Greenpeace Wants to Buy and Shutter Coal Plants
Next Up: Editor's Pick