How to Never Get Angry: 3 New Secrets From Neuroscience

They’re one inch from your face, boiling with rage, screaming and yelling at you.

And all you want to do is scream and yell back. But you know that’s not going to be good for anyone…

I’ve talked before about how to deal with others who are angry and irrational, but how can you control those emotions in yourself?

Looking at the neuroscience, there’s a right way and a wrong way to do it.

So let’s dig into the research on how to get rid of anger, what you’re doing wrong, how to do it right and how it can make you and those around you much happier…

You grit your teeth and hold it in: “I’m fine.”

The good news is suppression works. You can bottle up your feelings and not look angry. However…

It’s almost always a bad idea. Yes, it prevents the anger from getting out, but when you fight your feelings they only get stronger.

Via The Antidote: Happiness for People Who Can’t Stand Positive Thinking:

When you try to stop yourself from crying, the tears aren’t cathartic. You don’t feel better afterward.

And anger is no different. What happens in the brain when you try to clamp down on that rage? A whole mess of bad stuff.

Your ability to experience positive feelings goes down — but not negative feelings. Stress soars. And your amygdala (a part of the brain closely associated with emotions) starts working overtime.

And here’s what’s really interesting: when you suppress your feelings, the encounter gets worse for the angry person, too.

You clamp down on your emotions and the other person’s blood pressure spikes. And they like you less. Studies show that over the long haul this can lead to lousy relationships that aren’t as rewarding.

And fighting your feelings uses a lot of willpower. So afterwards you have less control and that’s why you’re more likely to do things you regret after you’re angry:

Now some of you might be saying, “I knew bottling it up was bad! You should let that anger out!”

So you punch that pillow. Or yell and rant about the encounter to a friend. Not a good idea.

Sharing your feelings with others constructively is a good idea but “getting it out” tends to snowball your anger.

What does work? Distracting yourself. But why would distraction help?

Because your brain has limited resources. Thinking about something else means you have less brainpower to dwell on the bad stuff:

You know that famous marshmallow test?

Experimenters put a kid alone in a room with a marshmallow. If the child can resist eating it, they get two marshmallows later. The kids who succeeded in waiting went on to achieve better grades and more success in life. (They also stayed out of jail.)

Now this study has been covered a lot, but what they don’t usually talk about is how the successful kids avoided temptation; how they reduced those powerful emotions screaming, “EAT THE MARSHMALLOW NOW!!!”

They distracted themselves. Walter Mischel, who led the famous study, explains.

Via The Marshmallow Test: Mastering Self-Control:

And this works with other “hot” emotions too — like anger.

(To learn the secrets of grit from a Navy SEAL, click here.)

I know, I know; when someone is yelling in your face it’s really hard to distract yourself. But there’s a way to do this that’s very easy and backed by neuroscience research…

Imagine the scene again: someone is screaming at you, one inch from your face.

You want to scream back. Or even hit them.

But what if I told you their mother passed away yesterday? Or that they were going through a tough divorce and just lost custody of their kids?

You’d let it go. You’d probably even respond to their anger with compassion.

What changed? Not the event. Situation is the same. But the story you’re telling yourself about the event changed everything.

Research shows that when someone is exploding at you a good way to “reappraise” the situation and resist getting angry is simply to think:

“It’s not about me. They must be having a bad day.”

As one of the neuroscientists behind the study said:

When you change your beliefs about a situation, your brain changes the emotions you feel.

Reappraisal works for anxiety too. Reinterpreting stress as excitement can improve your performance on tests.

And what happens in your brain?

Your amygdala doesn’t get worked up like it does with suppression. In fact, the little guy calms down.

As opposed to bottling up, when you tell yourself “they’re having a bad day“, angry feelings plummet and good feelings increase.

What about the social results? People who reappraise report better relationships — and their friends agree.

You know when you get angry and start telling yourself, “They’re out to get me! They want to make my life miserable!”

That’s reappraisal too — in the wrong direction. You’re telling yourself a story that’s even worse than reality. And your anger soars. So don’t do that.

As the infomercials always say, “But wait there’s more!” Reappraisal holds another big benefit: remember how suppression sapped self-control and made you do stuff you later regretted?

Well, just like the kids in the marshmallow experiment, reappraisal can increase your willpower and help you behave better after intense moments.

(To learn the secret to how to get people to like you — from an FBI behavior expert, click here.)

Okay, let’s wrap this up and learn the research-backed way to make sure that anger doesn’t come back…

Here’s how to get rid of anger:

Sometimes someone gets under your skin and suppression is the only thing you can do to avoid a homicide charge. And sometimes reappraisal can cause you to tolerate bad situations you need to get out of.

But that said, telling yourself a more compassionate story about what’s going on inside the other person’s head is usually the best way to go.

And what’s the final step in getting rid of that anger over the long haul so you can maintain good relationships?

It’s not for them, it’s for you. Forgiveness makes you less angry and more healthy:

As the old saying goes: Holding onto anger is like drinking poison and expecting the other person to die.

So remember: “They’re just having a bad day.”

If it can stop these tykes from gobbling marshmallows it can stop you from going ballistic on people:

Join over 215,000 readers. Get a free weekly update via email here. 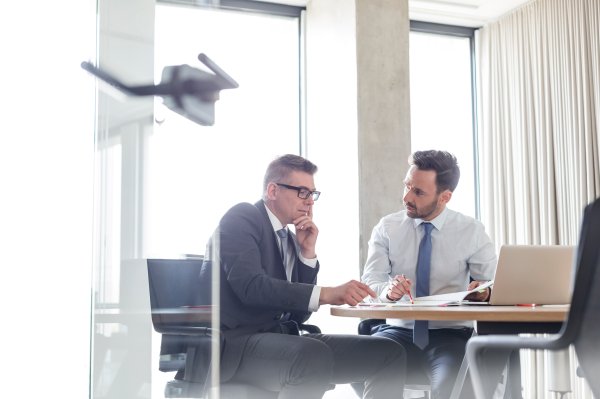 How to Be Better at Arguments
Next Up: Editor's Pick