Mexicans Begin to Slim With the Help of the Soda Tax

It took a minor stroke before Raul Contreras changed his diet – and stopped drinking up to three liters of soda a day. A 47-year-old insurance broker, Contreras was accustomed to having soda with every meal as well as he worked, helping him reach a weight of over 150 kilos, or 330 pounds. Two years ago, he finally went to hospital with a paralyzed face and stuttering speech, the result of a blockage of blood to the brain. Obesity can cause high blood pressure, contributing to such problems.

“It was a wake up call that I had to change or I wouldn’t be here. I would leave my children without a father,” says Contreras, talking outside a specialist clothes shop for overweight people in Mexico City. Since his stroke, Contreras has lost 30 kilos by eating healthier food, doing exercise and almost eliminating soda. “I am still overweight, but it has been a big achievement,” he says.

Mexico’s government has tried to encourage millions more of its obese citizens to cut down on their soda intake before they reach such a crisis. In January 2014, it introduced a tax of one peso a liter, or about 10 percent, on sugary-sweetened drinks. In doing so, it turned the nation into the ground zero of a global battle between healthcare lobbyists and big soda. As legislators from London to Lima look at similar measures, both sides have been analyzing Mexico’s obesity problems and the effects of its soda tax on them.

In many ways, Mexico is a natural landscape for the soda battle. It consumes titanic amounts of fizzy drinks, with figures released in 2012 (before the tax was introduced) showing that the average Mexican drunk 728 cans of Coca Cola or its other drinks in a year – almost double the average American. The sugary drink is deeply ingrained in the culture; in churches in the southern town of San Juan Chamula, worshipers even guzzle Coca Cola during mass and then burp extravagantly, an action that symbolizes expelling evil spirits.

Mexico also has one of the world’s fattest populations, with 70 percent of people overweight (slightly higher than the United States) and 32 percent obese. For several years, the title of world’s heaviest man was claimed by Monterrey native Manuel Uribe, who reached 560 kilos (1,235 pounds). Uribe became a global celebrity, getting married in a televised event in which he was taken to the ceremony in a truck, before dying last year age 48. Mexico also suffers one of the worst rates of diabetes, a disease that kills upwards of 80,000 people here a year.

These numbers rose dramatically in the 2000s as more Mexicans traded in traditional diets for junk food. People also led increasingly sedentary lifestyles in often crime-ridden urban sprawls. And while most people did not trust tap water, soda could sometimes be as cheap as bottled water. “We saw an increase in child obesity of 40% in just seven years. At the same time the average waist of women increased by 10 cm,” says Alejandro Calvillo, a leading Mexican campaigner for the soda tax. “It became a critical situation and we had to take action.”

The efforts by Mexican activists drew support from leading forces on the soda issue, including Bloomberg Philanthropies, which gave $16 million towards a campaign, and the American food science researcher Barry Popkin. They found a surprisingly willing ally in the Mexican government, which was concerned about the burden of obesity on struggling medical services. Yet it was still tough to swing the law in a country where both Coca Cola and Pepsi make immense profits and ran massive advertising campaigns. “It was a complex battle to convince people that soft drinks were really bad for health,” Popkin said.

As the tax completes its second year, activists and big soda are now arguing over how much effect it has on the health and habits of Mexicans. A study funded by Bloomberg Philanthropies, and involving top academics from Mexico and the United States, finds there was a dip of 6% in the purchase of taxed sweetened beverages in 2014. This dip increased over the year, leading to 12 percent by December.

However, Mexico’s soda industry lobby ANPRAC has released its own study claiming there has only been a 1.9% decrease in soft drink sales up to June this year. This translates into just a six calorie a day reduction in the average Mexican’s diet, it claims. Meanwhile, it argues the tax costs jobs and tears into the income of poor Mexicans. “The effective measures to combat obesity and its related illnesses are those that are focused on changing the behavior and habits of the population,” ANPRAC said in a statement. This “is achieved with integral public policies and programs of education, prevention and the promotion of healthy life styles.”

Supporters of the tax retort that the industry lobby has skewed the figures. “You can’t compare industry initiated research that has no peer review, has no eminent scholars looking at it, with what we did,” Popkin says. He adds that while soda has become more expensive for the poor, the tax can save much more spending on medical treatment. “It is a little paternalistic, in the sense saying that we know better but at the same time it is going to benefit them.” The effects of the tax on diabetes levels in Mexico should take at least two to four years to show, Popkin says.

Activists are also working to extend Mexico’s tax on sugary drinks to 20% to have an even bigger impact. They are encouraged by efforts to imitate Mexico’s tax in other Latin American nations including Colombia, Chile, and Argentina. And reform in Latin America could fuel the efforts to tax soda in the United States. The activist Calvillo says these shifts shows there is a historic turning point on attitudes to soda, like there was with tobacco in the past. “For all the efforts of the industry to block change,” he says,” “this process is unstoppable.” 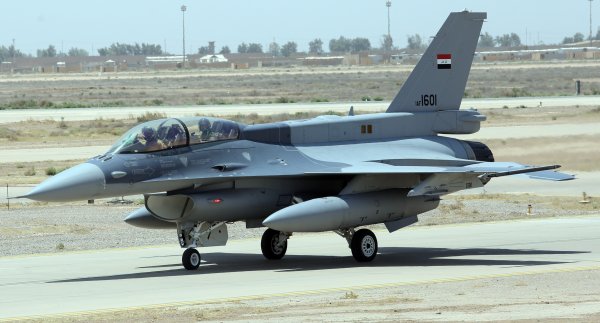