This week’s Last Week Tonight headed to North Dakota or, as John Oliver calls it, “South DaCanada,”—a state that had gotten used to be ignored, until it had a massive oil boom. As Oliver said, “Like Channing Tatum, North Dakota turned out to be much more interesting once it was covered in oil.”

But the oil rush has had a deleterious effect on the state’s environment, including what the New York Times reported as 18.4 million gallons of chemicals and oils spilled or leaked into the surrounding area. As Oliver noted, that’s “a quantity of lubricant and toxins seldom found outside a John Mayer pool party, and equally difficult to clean.”

There’s also the fact that North Dakota’s Bakken oil fields are an incredibly dangerous place to work, resulting in the death of an oil worker every six weeks on average. “A death every six weeks is what you do to keep your soap opera on the air,” said Oliver.

The host also noted that North Dakota has created a regulatory environment that is very friendly to business. Oliver described it as “a magical utopia like Willy Wonka’s chocolate factory, which come to think of it had about the same safety record as North Dakota’s oil fields.”

To encourage change, Oliver bought a billboard in North Dakota encouraging residents to “Be Angry.” 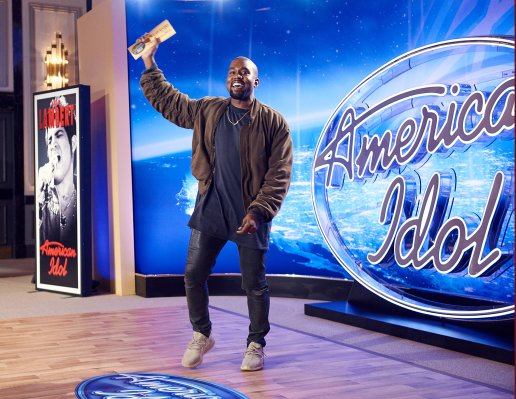 Kanye West Auditions for 'American Idol'
Next Up: Editor's Pick