How to Talk to Kids About America Before Columbus

Ask a kid who Columbus is, and she’ll probably tell you that he “discovered America.”

But long before Columbus set foot in the Americas, millions of other people were already aware of the continent’s existence: the indigenous people who lived there.

Not only that, says Ned Blackhawk, professor of history and American Studies at Yale University, but the history of the first people in the Americas is “arguably the longest-standing chapter of human history in our nation’s past.”

Still, as he observes, “this is not a short or simple subject.” So where can parents begin?

Elementary age kids can start with the basics: that America was full of people long before the Pilgrims landed. In fact, Blackhawk says, at the time of Columbus’s journeys, the number of indigenous peoples in the Americas was comparable to the number of Europeans in Europe. And the Americas were every bit as diverse and complex as Europe, says Blackhawk: “an astonishing universe of social communities inhabited the American landscape.” Parents can start conversations by asking kids what kinds of things they’d be curious to know about the people who were here before Columbus, and what their lives were like.

Middle school kids can start to think about how indigenous cultures compared to European cultures as the time that Columbus arrived. “Spaniards in Central Mexico were astonished to find cities larger than those in Spain,” says Blackhawk. And in North America, the powerful indigenous urban center of Cahokia, in modern-day Illinois, boasted around 30,000 residents—more than lived in colonial Boston, Philadelphia, or Charleston. Parents can start conversations about what it might have be like to meet people from an entirely different world, and how kids would feel if they ever did: excited? Curious? Scared?

High school kids can grasp how much the indigenous people of the Americas affected both European and modern American history. Indigenous mining and agricultural practices, says Blackhawk, were so advanced that they “fueled the growth of much of the post-colonial world.” Especially in Europe, plants and agricultural practices from the Americas transformed a continent that had been vulnerable to famine into a “stable and bountiful world, comparatively speaking.” Parents can encourage kids to explore the influence of indigenous people on any area kids might be interested in: astronomy, mathematics, architecture, finance, politics, urban design—even horseback riding. They’ll find significant contributions from indigenous cultures in all of them.

For kids at any age, conversation about the original people in the Americas is likely to raise another question: where are those people now? That’s an important question, since “the indigenous people of the Americas suffered tremendously” due to the arrival of Europeans, from both “intentional as well as unintended impositions,” says Blackhawk. So as we explore the complexity and contributions of America’s first people, it’s also important, he says, to remember “the sacrifices initiated within all human societies in the Americas, as we commemorate these national holidays.” 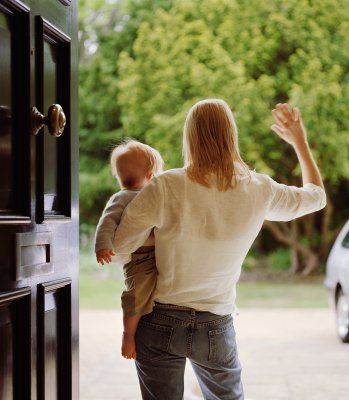 I'm One of the 56% of American Mothers Who 'Prefer' to Stay Home
Next Up: Editor's Pick