Karen Dolley was fast asleep in her Indianapolis home when she heard a man break in. That’s when Dolley’s medieval fight training kicked in.

The 5’6″ Dolley punched the intruder 10 times into a corner of her bedroom. She then reached for a gun in a nearby drawer but accidentally opened the wrong one. Unfazed, Dolley grabbed a backup: her ninjato, a Japanese-style sword. Holding the intruder at swordpoint, she called 911 and kept the intruder cornered until police arrived.

Dolley said she was surprised and acted in the heat of the moment.

“I didn’t think I was getting good blows in but my knuckles are bruised today,” Dolley told IndyStar on Friday. “Hitting someone like that, it isn’t like the movies. You’re expecting it to be louder and see people jerk around, but that’s not how it happens in real life.”

Dolley spend her teenage years with the Society for Creative Anachronism, a group that recreates European arts and life from the 17th century and before. Dolley’s role was to engage in non-choreographed fights using rattan swords.

The intruder actually apologized at the end of the ordeal to Dolley, who said that she’s only upset at him for interrupting her sleep and angering her cat. “At the end of the day, I’m glad to know that even if I wake up in the middle of the night, I’m not going down without a fight,” Dolley said. 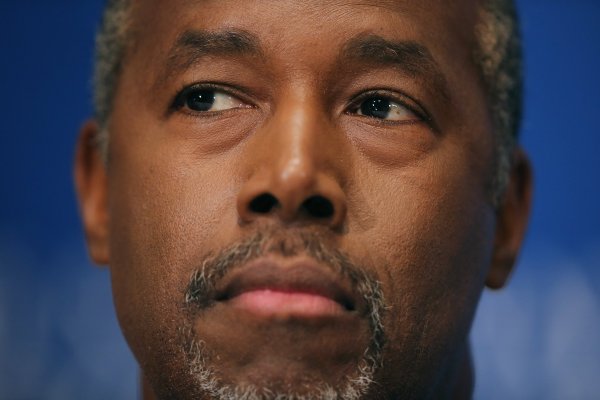 Ben Carson Doubles Down on Holocaust Gun Control Comments
Next Up: Editor's Pick