New York Comic Con is in full swing, and Tonight Show host Jimmy Fallon decided to send one of his producers down to New York’s Javits Center to quiz attendees on their pop culture knowledge.

The results were maybe as expected: Fans, dressed in their best cosplay, had trouble identifying the Kardashian sisters or the lyrics to “Watch Me (Whip/Nae Nae),” but were easily able to name the metal used to make Wolverine’s claws.

In fact, only one Comic Con dweller knew of Silentó’s hit track: a little droid named R2D2. The Force is strong with that one. 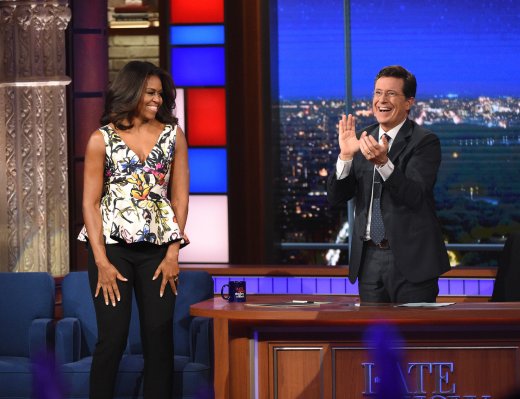 Stephen Colbert Shares Some Hilarious 'Life Hacks' on The Late Show
Next Up: Editor's Pick