Donald Trump is famous for a few things. There’s real estate, of course, and his reality television shows. There’s his headline-factory personality. There’s the hair. And now there’s the red hat and the slogan, “Make America Great Again.”

How can the Democrats complete with all that? They can’t have his real estate empire or his TV show, not his made-for-prime-time personality and certainly not his hair (it’s unlikely science will ever fully unlock its secrets). But what they can have is a hat of their own.

The Democratic National Committee Friday unveiled a new baseball cap for sale on its website ($28) with the slogan “America is Already Great.”

“America is already great, so we printed up this union-made hat right here in America, which is great,” the DNC writes. “Wear it with pride when you’re telling your friends about 67 straight months of private-sector job growth under President Obama, historically low uninsured rates, and progress protecting our environment that will keep America beautiful (and great) for generations to come.”

In unveiling the hat the DNC joins scores of other vendors online selling Trump-like hats and imitation Trump hats. They say imitation is the highest form of flattery — though it’s entirely possible that Trump’s lawyers may see it somewhat differently. 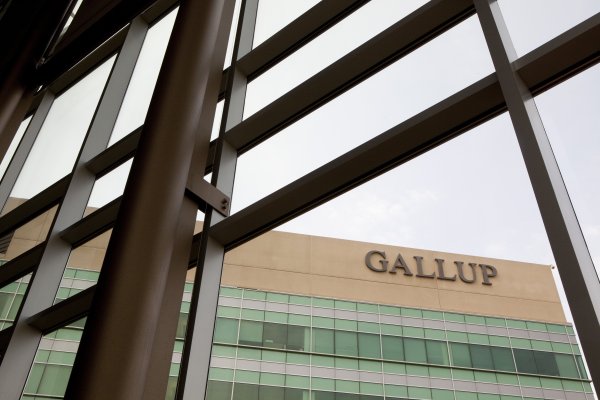 Why Gallup Won't Poll the 2016 Election
Next Up: Editor's Pick