A new Gallup Poll shows that more than half of women in the U.S. with children under the age of 18, 56%, would prefer to stay home over going to work, and 39% of women without children under the age of 18 said they wanted the role of homemaker. These numbers look like what you might expect in a society whose members are happy with the status quo, and may force the question: Who are feminists even fighting for?

Me. They’re fighting for me.

I’m a stay-at-home mother and have been for five years. (There was not an option for work-at-home mother.) If Gallup had called me and asked if I would prefer to stay home or work outside the home, I would have been one of the 56%.

I am not happy about this. In a perfect world, I’d work outside the home, bring in my 50% of our household income, love the children and play with them when I got home. Of course, I’m not everyone. Many are happier at home, and that is great, too. But I’m here to tell you that preference does not equal contentedness. And I’m not alone.

Broadening the scope of these numbers, Gallup says in the late 1990’s to early 2000’s, more than half of women would have chosen to work outside the home, if given the chance. Soon after that, the numbers flipped back to what we see today, but that blip is very important. It shows an idealism and desire that turned to action and got swiftly booted in the kneecaps.

Think about it: Given the wage gap, the lack of solid family policies, the lack of maternity leave, the discrimination against women in the work force based on family reasons, and the cost of childcare, for many, leaving the home would cost more than staying, in addition to causing huge strain and stress in our daily lives.

When I was 25, I was producing the 6 p.m. news in Boston, Mass. When I was 26, I moved into a managerial role for a magazine show in Connecticut, and had a staff of eight under me. I was going places. I wanted to go places.

I was 27 when I left the job market. My husband, who had lost his job in the economic crash of 2008 had finally found work, and moved us to a small city in Florida. I immediately went to the local television station and applied for a job. I was offered an anchor position, with producing on the side. I would be paid $9 an hour and expected to work any time they needed me, day or night.

I couldn’t do it. With two babies, not even 2-years-old yet, it would have cost us more than twice as much in child care as what I would bring home. That coupled with the odd hours and unset schedule made accepting the offer nearly impossible. What if I needed backup care orevening care? What if one of the babies got sick?

The only way for us to make it, financially and otherwise, was for me to stay home. And here I stay, indefinitely.

My kids are now 7-years-old. I could, much more easily than back then, get a job outside the home. But why would I? Who would be there to pick up the kids on early-release days? Who would watch them if they got the flu? All the extra scheduling and work I’d have to put into setting up my life around a job, just to barely break even, is not worth it to me. For the lifestyle change we’d need to make, I’d want a job that pays at least $70,000. And after being out of the workforce for five years, I don’t think I’d get that job.

For many women, staying home is their desire. But for many more, it’s a decision of convenience. Our society is structured in such a way that gives us the most rewards for living in the way it deems we should. Fifteen years ago, we found ourselves putting in huge amounts of effort to work outside the home, and we got very little reward in return. We learned that, yes, we can venture outside of this societal box of mother and homemaker, but our culture does not invite it, does not make it easy for us, and does not make it worth our very valuable time and effort.

So, we stay home. Not necessarily because we want to stay home, but because we would rather do this than all the groundwork it takes to do that, only to be told over and over again that we’re still not good enough. 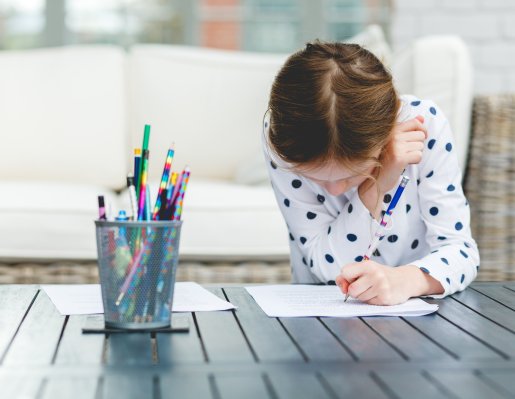 Why You Shouldn't Do Your Child's Homework
Next Up: Editor's Pick