The Treasury Department released a video Wednesday reminding you that they’re putting a woman on the $10 bill, and they still want your input on who that woman should be.

Secretary of State John Kerry, Attorney General Loretta Lynch, and UN Ambassador Samantha Power are among the parade of officials who make appearances, asking for your thoughts via this Treasury Department site or using tweeting with the hashtag #TheNew10.

“Who has made an impact on this country? Who has left a legacy of progress? Who has inspired you?” Lynch asked

During the 2 minute and 39 seconds of exhortations, Department of Transportation Secretary Anthony Foxx explained the multiple roles of U.S. currency in society and Department of Homeland Security Secretary Jeh Johnson spoke about how the Treasury Department is thinking of other ways to update the currency. EPA Administer Gina McCarthy simply says, “This is a big deal.”

The Treasury Department’s search for additional data on the bill’s new face comes despite months of polling on this very question from multiple sources. One survey, conducted by WomenOn20s.org, collected over 600,000 votes and selected Harriet Tubman. That poll sought to replace Andrew Jackson on $20, and there has been widespread criticism of the Treasury Department for choosing to alter the $10 bill instead. However, as the Washington Examiner explains, “The $10 bill is currently scheduled for a redesign, and creating new currency is a painstaking process that takes years to plan and complete,” meaning Jackson will remain in his place for now.

When TIME put the question of which woman should grace the $10 bill to readers, Susan B. Anthony garnered the most support (60%), narrowly edging out Tubman and Sacagawea (54%). 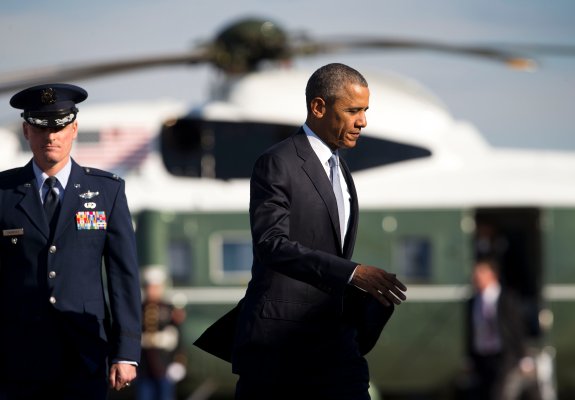