John Legend: We Must Help Former Prisoners Get Jobs

The U.S. is the most incarcerated country in the world. The past 40 years of criminal justice policy have yielded crowded prisons and broken lives. The sentences have gotten longer and harsher, and too often we’ve chosen criminalization and incarceration over investment in our communities and human development. As a result of these policies, nearly 1 in 3 Americans have a criminal record that shows up on a routine background check.

Workers remain the backbone of our nation, but for the about 70 million Americans with a criminal record, finding employment can be especially difficult. These individuals are required to check a box that immediately disqualifies them from consideration, before even an interview or a background check, permanently shutting them out of the workforce. The “Ban the Box” campaign, led in large part by formerly incarcerated people and their families, aims to give people with criminal records a fair shot at a second chance.

For the majority of people who have contact with the criminal justice system, crime is not a first choice but a last option. We can change those options by asking employers to choose the best candidates based on job skills and qualifications, instead of tossing their applications because of past convictions.

Since I began the #FREEAMERICA campaign, I’ve heard firsthand from people in prisons, jails and juvenile detention centers about the barriers they face when they try to re-enter “the world.” When people with records try to access health care, apply for housing and jobs, or exercise their right to vote, they face wall after wall. The lifelong purgatory people with convictions face is a form of double jeopardy that never allows them or their families to finish serving their time. The inability of the formerly incarcerated to get a job after they have paid their debt perpetuates a cycle of crime and incarceration.

Between Oct. 30 and Nov. 2, the Department of Justice will release about 6,000 federal prison inmates in the largest one-time releases of prisoners in U.S. history. The inmates will be released as a result of changes implemented by the U.S. Sentencing Commission, which voted unanimously last July to retroactively apply amended sentencing guidelines. The changes in these sentencing guidelines could bring home another 46,000 drug offenders, nearly half of the 100,000 drug offenders in federal prison. These sentencing reforms go a long way towards ending discriminatory mandatory sentencing that for decades was the backbone of “War on Drugs.”

While I applaud President Barack Obama and the Department of Justice for this bold step toward ending mass incarceration, without a federal executive order banning the box, we leave those newly released and millions more with records little hope of ever truly re-entering and rebuilding themselves or their communities. If issued, millions of job opportunities would open up to those who have served their time and inspire the private sector to follow suit.

No talk about reducing prison populations makes sense without plans to reintegrate the millions of people caught in a cycle where true transformation remains just out of reach. That’s why I’m joining families across America in asking President Obama to use an executive order to clear the path to re-entry immediately; and for Congress to include a permanent fix in the bi-partisan bill being discussed now. Prohibiting people from a fair shot at jobs, housing, education and civic participation means a weaker society for us all. 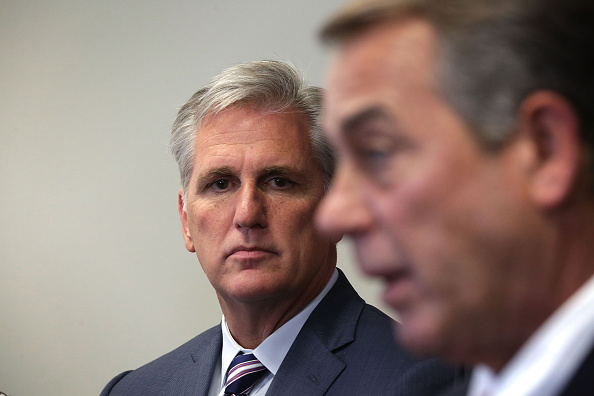 The Founding Fathers Planned for Chaos in the House of Representatives
Next Up: Editor's Pick