New York Police Department Commissioner William J. Bratton, at a news conference with other law enforcement heads where it was announced that the Federal and New York City authorities have broken up a group that trafficked in synthetic marijuana, known as K2 in New York City, on Sept. 16, 2015.
Spencer Platt—Getty Images
By Sarah Begley

Bill Bratton has some big responsibilities as commissioner of the New York City Police Department, but he still finds time to stop even the city’s most petty criminals.

Speaking at a breakfast event on Friday morning, he said that one day earlier, he was walking in the Financial District when he smelled the distinct odor of weed. “All of a sudden, there it is, that smell,” he said, according to the New York Post. “I thought, ‘What the hell—8:30 on Wall Street?'”

The culprit was a young woman, apparently enjoying a morning smoke on her way to class. Bratton approached her on one side while his security officer cornered her on the other, and the commissioner tapped her on the shoulder. “I wish I had a photograph of that face,” he said. “She instantly recognized me.” Bratton then “politely” removed the joint from the girl’s mouth and threw it in the sewer.

Bratton decided not to arrest the young woman, letting her off with probably one of the most compelling warnings in recent policing history. 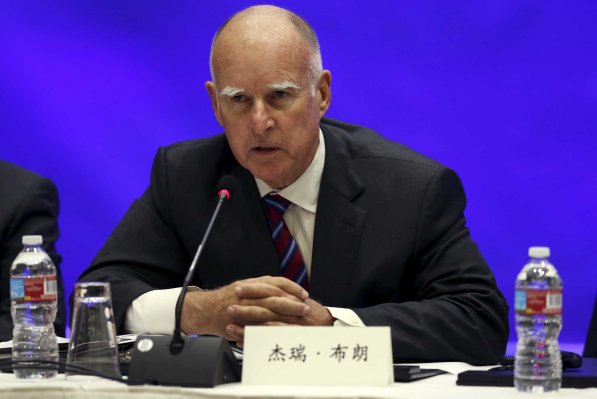 California Law Will Ban Products With Plastic Microbeads
Next Up: Editor's Pick