A French tourist hiking with three fellow backpackers in New Zealand captured a first-person video of the group falling off a suspension bridge. The footage was caught by a GoPro the man was wearing to record the outdoor expedition. When the group tries to cross the bridge, a cable snaps and the hikers fall into the water 25 feet below.

The video was filmed on the Hopuruahine bridge, according to The Guardian. The bridge is part of the Lake Waikaremoana Great Walk, a hiking track in Te Urewera National Park on the North Island of New Zealand.

YouTube user Adrien Whistle posted the video on Monday. He states in the caption that the bridge was designed to carry a maximum of 10 people. Luckily, no one was seriously injured. 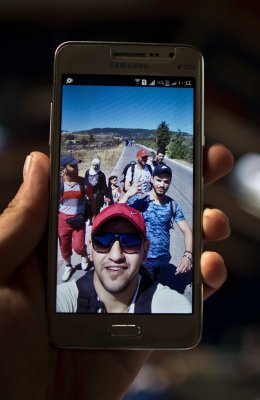 See How Smartphones Have Become a Lifeline for Refugees
Next Up: Editor's Pick